Interviews about animals and animal issues, animal songs, animal comedy, animal news, and even a “Name That Animal Tune” quiz, with host Duncan Strauss. More information–including guests and topics featured since the program’s inception in 2003–can be found on the show website: http://www.talkinganimals.net/ 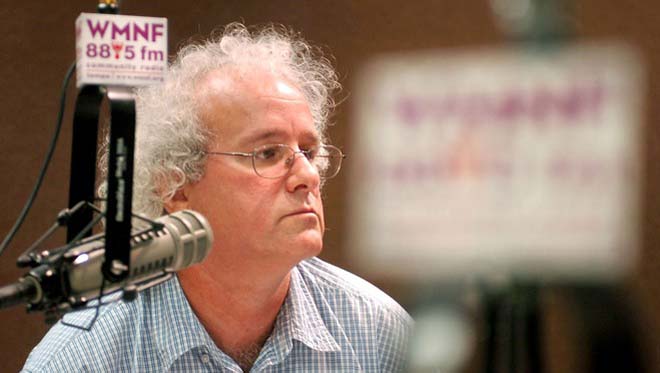 Duncan Strauss is the host of “Talking Animals,” a show about animals and animal issues that he launched at a Southern California station in June of 2003, bringing it to WMNF at the end of 2005. It currently airs Wednesdays from 11AM-Noon. Past guests include Jane Goodall, Alec Baldwin, Temple Grandin & Triumph The Insult Comic Dog. Strauss lives in Jupiter Farms, FL with his family, including three cats, two horses and one dog. He spends each day talking to those animals, and maintains they talk right back to him, an as yet unverified claim. More information and other features--including audio archives of every single show--can be found at http://www.talkinganimals.net