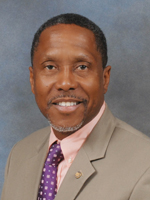 Governor Ron DeSantis vetoed the map passed by the legislature.

Senator Rouson has offered his alternative plan before to lawmakers but it was not considered. Rouson map is closer to the map passed by the legislature than the one favored by Governor Ron DeSantis.

Rouson’s plan would divide Pinellas County in the same way as the map approved by the Legislature but was vetoed by the governor.

According to Florida Politics, his plan would assign a new district apportioned to Florida after the 2020 Census to northeast Hillsborough County.

The Rouson proposal might not be considered at all during the Special Session that begins tomorrow.