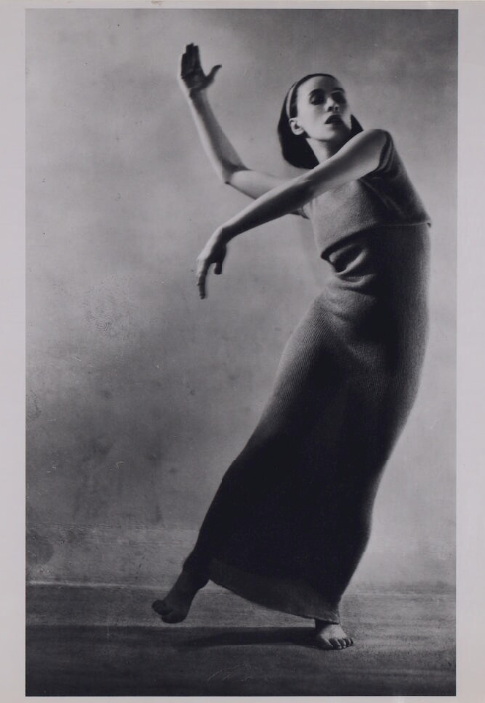 Martha Graham’s Cold War frames the story of Martha Graham and her particular brand of dance modernism as pro-Western Cold War propaganda used by the United States government to promote American democracy. Representing every seated president from Dwight D. Eisenhower through Ronald Reagan, Graham performed politics in the global field for over thirty years. Why did the State Department consistently choose Martha Graham? As with other art forms such as jazz or avant-garde paintings, modern dance was seen to

demonstrate American values of individualism and freedom; the choreographer used the freed body to make a new dance technique that could find the essence of human narratives. Graham targeted elites and its youth with modern dance to propound the ‘universalism’ of human rights under the banner of American democracy. In her choreography, argues author Victoria Phillips, Graham recast the stories of the Western canon through female protagonists whom she captured as timeless, seemingly beyond current politics, and in so doing implied superior political and cultural values of the Free World. Centering on powerful yet not demonstrably American female characters, the stories Graham danced seduced and captured the imaginations of elite audiences without seeming to force a determinedly American agenda. When her characters grew mythic on stage, they became the stories of all mankind, as Graham termed it. “My dances are ages old in meaning,” she declared. But Graham took the pro-American argument one step further than her artistic compatriots. She added the trope of the frontier to her repertory. In the Cold War, Graham’s particular modernism and the woman herself ossified, as did political aims of cultural diplomacy based on an appeal to foreign elites. Phillips lays bare the side-by-side trajectories between the aging of Graham’s choreography, her work as an ambassador, and the political dominance of the United States as a global power. With her tours and Cold War modernism, she demonstrated the power of the individual, immigrants, republicanism, and freedom from walls and metaphorical fences through cultural diplomacy with the unfettered language of movement and dance.

Toots Hibbert died of complications due to Covid-19 at University Hospital, Kingston, Jamaica on September 11, 2020. The 77-year-old reggae legend is widely credited as the genesis of the genre name reggae, after his 1968 song, Do The Reggay. The youngest of eight children, he became an orphan by the age of 11 and went to live with his brother John in the Trenchtown neighborhood of Kinston. In 1962, while working at a local barbershop, he was heard singing by Ralphus “Raleigh” Gordon and Nathaniel “Jerry” Matthias. They become a trio, The Maytals, named after Hibbert’s hometown May Pen. In 1962 the trio was discovered by producer Clement “Coxsone” Dodd, who signed them to his Studio One label.  Hibbert’s soulful lead vocals were often compared to US soul icons, Otis Redding and Wilson Pickett. After two years with Studio One, The Maytals briefly worked with producer and ska pioneer Prince Buster before signing on with another Jamaican record man of note, Byron Lee, in 1965. The Lee-produced material showed that The Maytals were developing a more mature and polished approach, but the group hit a serious roadblock in 1966 when Hibbert was arrested for possession of marijuana; he was convicted and would serve a year behind bars. This experience provided the inspiration for one of his best-known songs, 54-46 That’s My Number. Hibbert was one of the first artists to use the word “reggae”, in 1968’s Do The Reggay. Reunited with Matthias and Gordon, the trio became known as Toots & The Maytals.  Hibbert’s stay in prison coincided with ska fading from the musical landscape in Jamaica as the proto-reggae sounds of rocksteady took its place. The new style suited Toots & The Maytals, and they signed with producer Leslie Kong, with whom the band would record some of their biggest hits, including Pressure Drop, Sweet and Dandy, Monkey Man, and 54-46 That’s My Number. Chris Blackwell, whose Island Records label was enjoying success releasing reggae material in the U.K. and U.S signed Toots & The Maytals releasing a revamped version of the album Funky Kingston in the United States in 1975. By the mid-’90s Hibbert had assembled a new version of Toots & The Maytals without Gordon and Matthias and toured extensively while recording a handful of albums for various reggae specialist labels. Toots & The Maytals made a high-profile comeback in 2004 with the album True Love, in which Toots re-recorded a number of his best and best-known songs with a stellar collection of guest stars, including Eric Clapton, No Doubt, Willie Nelson, Bonnie Raitt, Keith Richards, and The Roots. After this Grammy-winning collection of duets, Hibbert stepped back to the spotlight on his own for 2007’s Light Your Light, and in 2012 his latest edition of The Maytals set out on a global acoustic tour to commemorate the 50th anniversary of their recording debut. A pair of concert albums, Reggae Got Soul: Unplugged on Strawberry Hill and Live! appeared that same year. After a 2013 incident in which Hibbert was hurt by a vodka bottle thrown by an intoxicated fan, he eased back on his career, performing occasionally but staying away from the studio. However, when noted musician and reggae fan Zak Starkey launched a new label, Trojan Jamaica, one of the first acts he signed was Toots & The Maytals, and their first release for the company, Got to Be Tough, arrived in August 2020. Frederick Nathaniel “Toots” Hibbert, O.J. will be long remembered as one of popular music’s most important contributors.