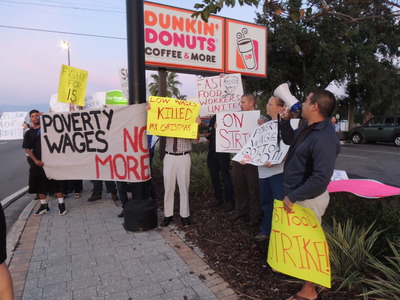 Other states with many low-wage workers

Only three other states do worse than Florida in the number of workers making under $15 an hour. According to Axios, Mississippi, New Mexico, and South Carolina also have high numbers of employees making less than $15 an hour.

Currently, the minimum wage in Florida is $10 an hour which workers say is not a living wage.