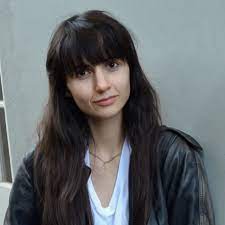 In 1819, the poet John Keats wrote six poems that would become known as the Great Odes. Some of them—“Ode to a Nightingale,” “To Autumn”—are among the most celebrated poems in the English language. Associate professor of English, Anahid Nersessian has gathered the odes to write a personal account of what they reveal in our troubled world – and hers. She explains why these poems still have so much to say to us, especially in a time of ongoing political crisis. Her Keats is an unflinching antagonist of modern life—of capitalism, of the British Empire, of the destruction of the planet—as well as a passionate idealist for whom every poem is a love poem. Her book, Keats’s Odes – A Lover’s Discourse emerges from Nersessian’s lifelong attachment to Keats’s poetry; but more, it “is a love story: between me and Keats, and not just Keats.” Drawing on experiences from her own life, Nersessian celebrates Keats even as she grieves him and counts her own losses—and Nersessian, like Keats, has a passionate awareness of the reality of human suffering, but also a willingness to explore the possibility that the world, at least, could still be saved. Anahid is a delightful guest, her animated enthusiasm for Keats is a mix of the poetic and personal, perfectly captured when she announces, “My ambition for the book was to make it sound like a New order album – Power, Corruption & Lies”.

Music in this program

Barzin – In The Morning

Barzin – The Territory Of You & Me

The painting of John Keats, created by Joseph Severn in 1845; depicts the poet resting in Hampstead Heath while he listens to a Nightingale