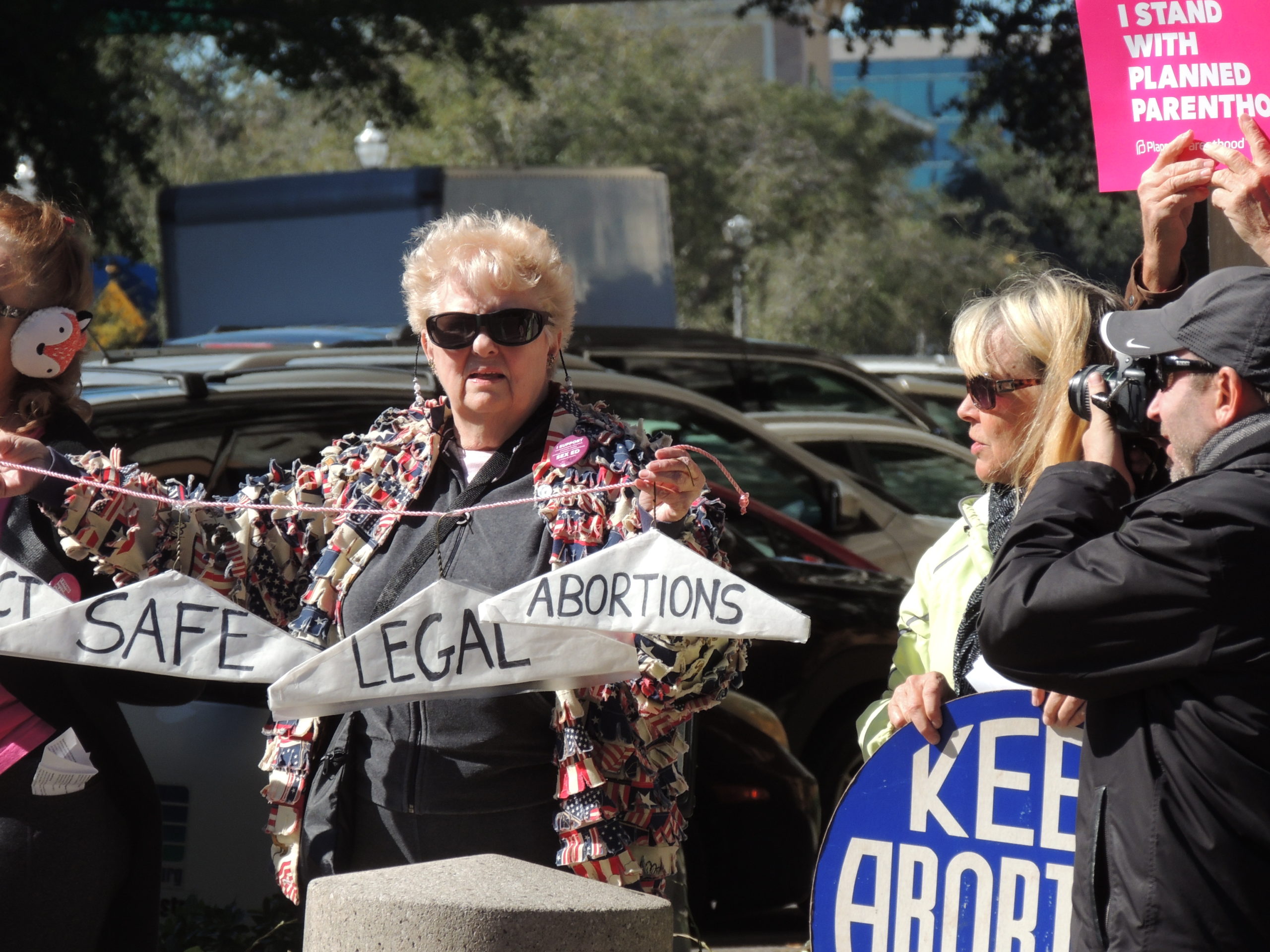 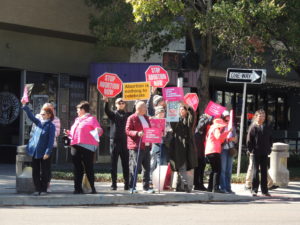 Wednesday in St. Petersburg, about 70 demonstrators voiced their support for reproductive freedom on all four corners of an intersection along Central Avenue in downtown. What was called the “Roe v Wade Anniversary Visibility Event” was met with about five counter-demonstrators holding signs like “Stop Abortion Now.”

In the Florida Legislature, a bill that will require girls under the age of 18 to get a parent’s consent before having an abortion is ready for a full State Senate vote. The bill was approved Wednesday in its final committee stop. It would require that a parent sign and date a notarized document giving their permission for the procedure. A girl could ask a judge for a waiver if she is a victim of abuse or incest. Democrats argued that it was an attempt to further erode abortion rights.

“‘I stand with Planned Parenthood.’ And I’ve been a supporter of PP for, probably, 15 years. I believe that it’s a woman’s right to choose what she does with her body, not the government’s right to tell us what we can and cannot do. Keeping abortions safe and legal is an important issue.”

SK: In the Florida legislature, they’re looking at making it mandatory to get a parent’s permission if there’s a minor is seeking an abortion. Your thoughts on that.

“I actually attended a meeting in Tallahassee where they were discussing that very issue. I do believe that it’s up for vote very soon. So, we’re asking everyone to contact their state representatives and make sure they know where we stand. I think it’s just a step in working to take away the right from women to choose. It’s just one step.” 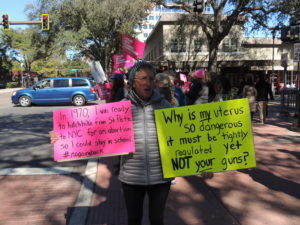 “We are here, at noontime, on the anniversary of the Roe v Wade decision. And, we’re a whole bunch of citizens of the Tampa Bay area who are fed up with our rights being attacked. And, we’re out here voicing our support for Roe and our support for reproductive justice.”

“You may have heard this morning, in Tallahassee, at our state Capitol, that the Senate rules committee voted to move forward with the anti-abortion forced parental consent bill. And we know that this is our opposition’s ploy to chip away at the privacy clause in our state constitution. To get that currently unconstitutional bill revisited by the state Supreme Court, which is newly conservative. To test them, to see if they will have as they predict, a more pinched view of the privacy clause. And as thus, will dis-include abortion protections from our constitution.” 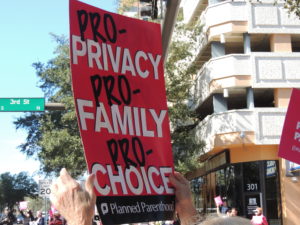 SK: The argument goes that if there’s a minor who wants an abortion, that they should ask for a parent’s [permission]. What’s your counter to that argument? And compare that to what the law is now.

“Well, this is a solution in search of a problem. There is currently no problem with teens’ parents being involved with their child’s health care decision.

“More than 90% of Florida teenagers involve their parent when they’re trying to access abortion care, even bringing their parent with them to the procedure.

“It’s only a few teenagers who can’t involve a parent. Perhaps, because the parents aren’t available. Perhaps, because they come from a dysfunctional or abusive home. And in those cases, children need to be able to access that care without the undue burden of getting their parents’ permission.”

Spiro Williams is from St. Petersburg and was one of about five counter-demonstrators. He held a sign …

“It says, ‘Stop Abortion Now.’ The reason why I am here, we as Black people go to church more, pray more, worship more and kill more babies than any other group of people. We represent about one-fifth of the population and we kill 33% of the babies or 35% of the babies. It’s almost insane. We pray more, worship more, and kill more babies. Something is wrong in the Black community, in the Black church, because it’s insane. How can you love God and kill all these babies?”