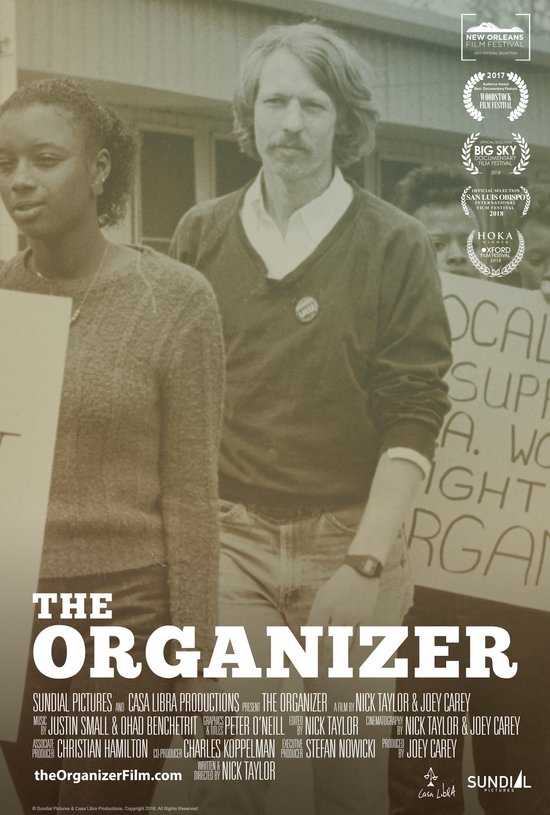 Good morning, welcome to Radioactivity. I’m Rob Lorei. ACORN was once the largest political movement of low and moderate income people in the US- but it was destroyed by an attack- from conservative media. We’ll look at the history of ACORN this morning and hear from its founder Wade Rathke who will be in St. Petersburg this weekend. Rathke will be at a film showing of THE ORGANIZER which depicts the rise and fall of ACORN.
A new film called THE ORGANIZER will have its Tampa Bay premier this weekend at the Sunscreen Film Festival in downtown St. Petersburg.

The Organizer is a portrait of Wade Rathke, the controversial founder of ACORN, as well as an exploration of – community organizing.

Before its demise following several highly publicized scandals, ACORN had been the largest community organization in the US. Rathke, a former anti-war and welfare rights organizer founded the organization in Little Rock in 1970 and over the next decades shepherded its growth into a national political powerhouse for the poor.

Rathke’s entrepreneurial vision helped build ACORN but internal conflict and external pressures would lead to its downfall. Undeterred, Rathke is now building new organizations around the world and trying to rebuild at home. With a wealth of archives and interviews, THE ORGANIZER is a film about people who have dedicated their lives to the often hidden, usually messy and always controversial job of building power for the powerless.

Acorn had a lot of successes from its founding in 1970 to the late 1970’s. Here’s more of the film The Organizer depicting that era—starting with an ABC TV report….
From the Wikipedia entry on ACORN: “ACORN conducted voter registration drives, and worked to remove systemic barriers to registration of low and working-class voters. The Republican Party regularly alleged that it committed voter fraud, but few cases have been found or prosecuted. The organization conducted its own audits and cooperated with investigations of employees, referring some cases to law enforcement.”