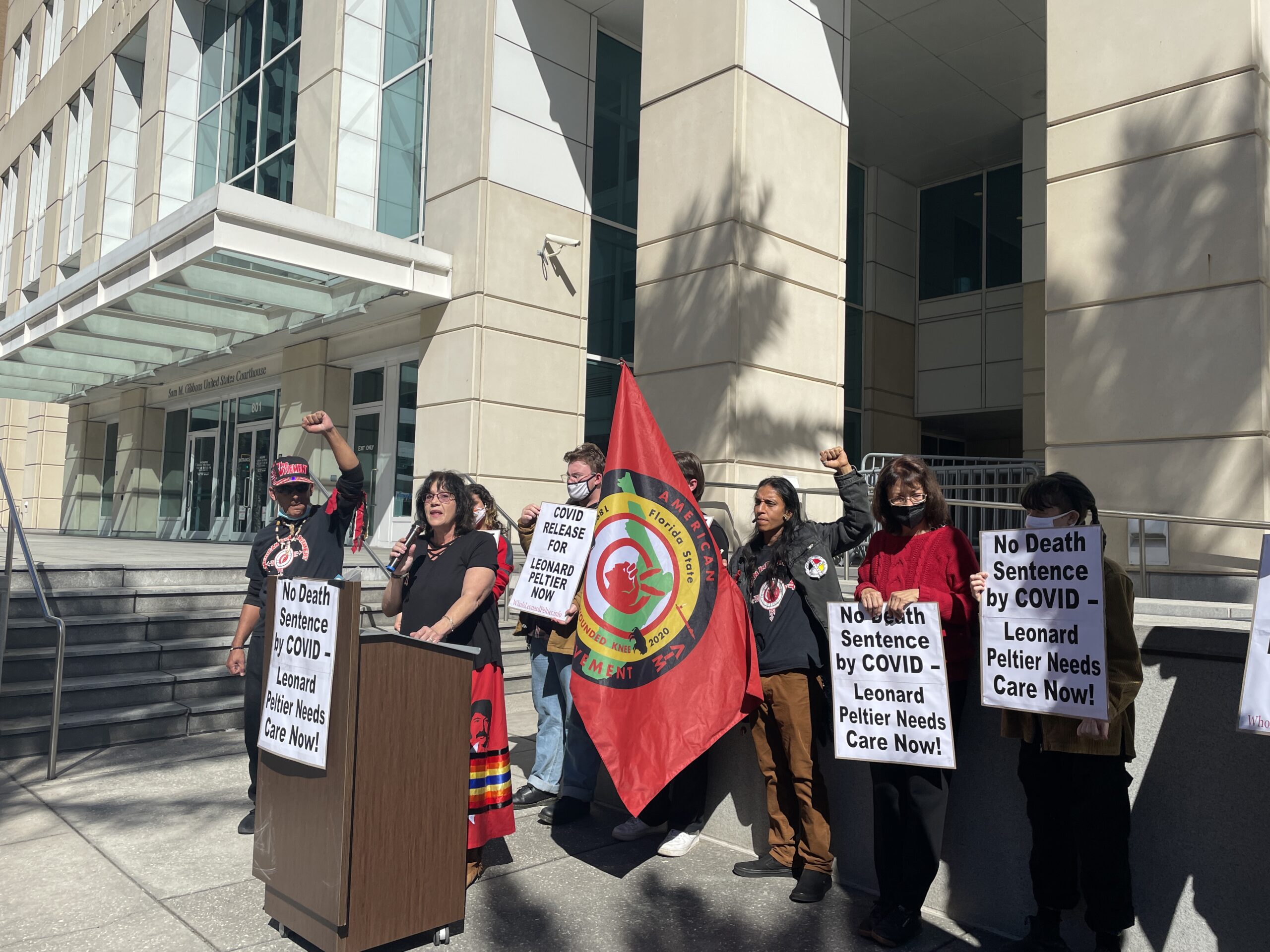 “The COVID-19 test was not given to him till later on probably at least 5 p.m.,” Gokee said. “It wasn’t until 7 p.m. that night after Leonard spent over 10 hours in the general public, that they got him to the medical unit.”

Since then, Peltier has been in the isolation unit of the prison. Meanwhile, if his condition worsens, he’ll be moved to a hospital. But he also suffers from diabetes, kidney disease, high blood pressure and an aortic aneurysm. Robert Rosa with Florida Indigenous Alliance says his people just want him released.

“What he stands for, is what they’re scared of,” Rosa said. “If that scares them, how many of us standing up will scare them to release him?”

But Jean Roach of the Cheyenne River Sioux Tribe says Peltier protected her and her tribe the day the FBI acted violently against her family. Roach says now he needs their help and immediate medical attention.

“With COVID-19, in the early days you can get treatment,” Roach said. “He does not have access to this, being an isolation unit does not mean a hospital.”

Meanwhile, activists say Leonard Peltier has been wrongfully imprisoned for 46 years for killing two FBI agents. In addition to James Reynolds, the prosecutor in Peltier’s case, wrote to President Biden last year asking for Peltier’s sentence to be commuted. Gokee says the time for Biden to act is now.

“Forty-six years for a crime we’ve proven he did not commit,” Gokee said. “We have proof. We have the original prosecuting attorney saying, “we’re sorry, we’re sorry but we screwed up and we think Leonard Peltier should be released.” Joe Biden we need you to hear us right now!”