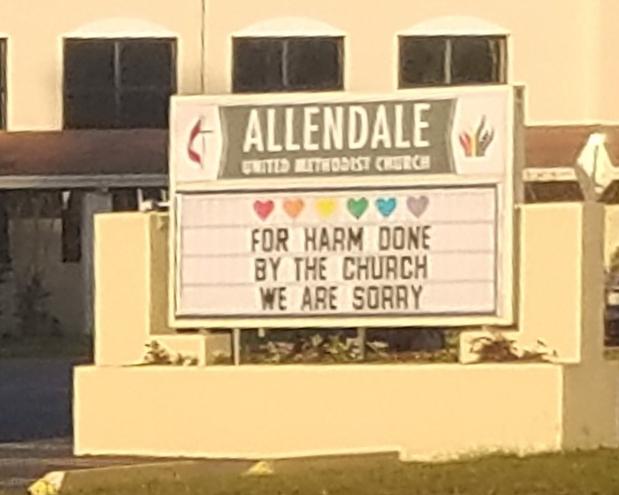 Allendale United Methodist Church in St. Petersburg wants to create a garden to feed people who are hungry. However, there have been some complaints by neighbors. That has led the city of St. Petersburg to have your church go through the process of amending the exception document to its site plans. There will be a development review commission on Wed. Feb. 3 at 1:00 p.m.

Joining us on MidPoint to talk about this issue and about national and local politics was Rev. Andy Oliver, the pastor of Allendale UMC.

He says some of those opposed to the garden are Trump supporters.

We talked about his church and the thought-provoking messages on its roadside sign.

We also touched on the latest news coming out of Washington, D.C. during the very eventful month of January 2021.

The month began with the raid on the U.S. Capitol on Wednesday, January 6 by violent supporters of then-president Trump.

Some of those insurrectionists consider themselves part of a “Christian” movement or support a Christian government. So we spoke about Rev. Oliver’s reaction to that.

A week after the deadly uprising at the Capitol, the U.S. House impeached then-president Trump for his role in inciting the mob.

On Monday night the U.S. House was set to bring the impeachment article against Trump for the Senate trial.

Then a week after impeachment, Trump was out of the White House and the country had a new president and vice president. We spoke about Rev. Oliver’s reaction to having Kamala Harris as Vice President.

We also spoke about the other major news of the times: the COVID-19 pandemic and how it is affecting families. We spoke about the availability of vaccines and some of the new variants.