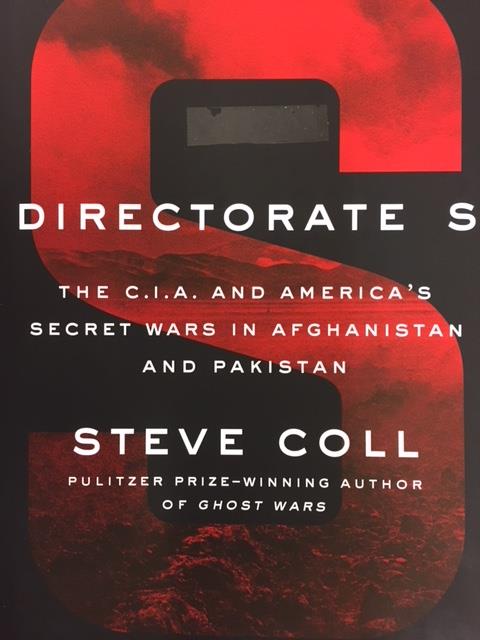 Good morning, welcome to Radioactivity. I’m Rob Lorei. The longest war ever fought by the US is still going on—it’s the war in Afghanistan. What are the aims of the war—and what will it take for the war to come to an end? We’ll talk with Pulitzer Prize winning reporter Steve Coll about his new book (DIRECTORATE S: THE CIA AND AMERICA’S SECRET WARS IN AFGHANISTAN AND PAKISTAN- Penguin) on the largely secret war in Afghanistan.

But first—lots of listener comments about my interview yesterday with the new chair of the Hillsborough County Republican party—about the party’s upcoming Second Amendment Barbecue. The event was originally called a shootout. It’s an effort to support the Second Amendment to the Constitution.

Part of yesterday’s discussion was whether the Founders of the country envisioned millions of semi-automatic weapons in the hands of Americans.

The U.S. and a coalition of nations invaded Afghanistan in 2001 shortly after the 9/11 attack. Even though the attackers were mostly Saudi nationals the US was trying to get the perceived mastermind of the 9/11 attack- Osama Bin laden who was said to be living in Afghanistan—under the protection of the Taliban and Al-Qaeda.

The National Priorities web site lists the cost of the Afghanistan invasion as 800 Billion dollars so far.

More than 110,000 Afghans: civilians, soldiers and militants have been killed in the conflict.

The Cost of War project estimated that the number who have died through indirect causes related to the war may be as high 360,000 additional people based on a ratio of indirect to direct deaths in contemporary conflicts.

, DIRECTORATE S delivers original reporting to tell the story of the secret relationship between the United States and I.S.I., the Pakistani intelligence service that nurtured the Taliban and thwarted American ambitions in Afghanistan.