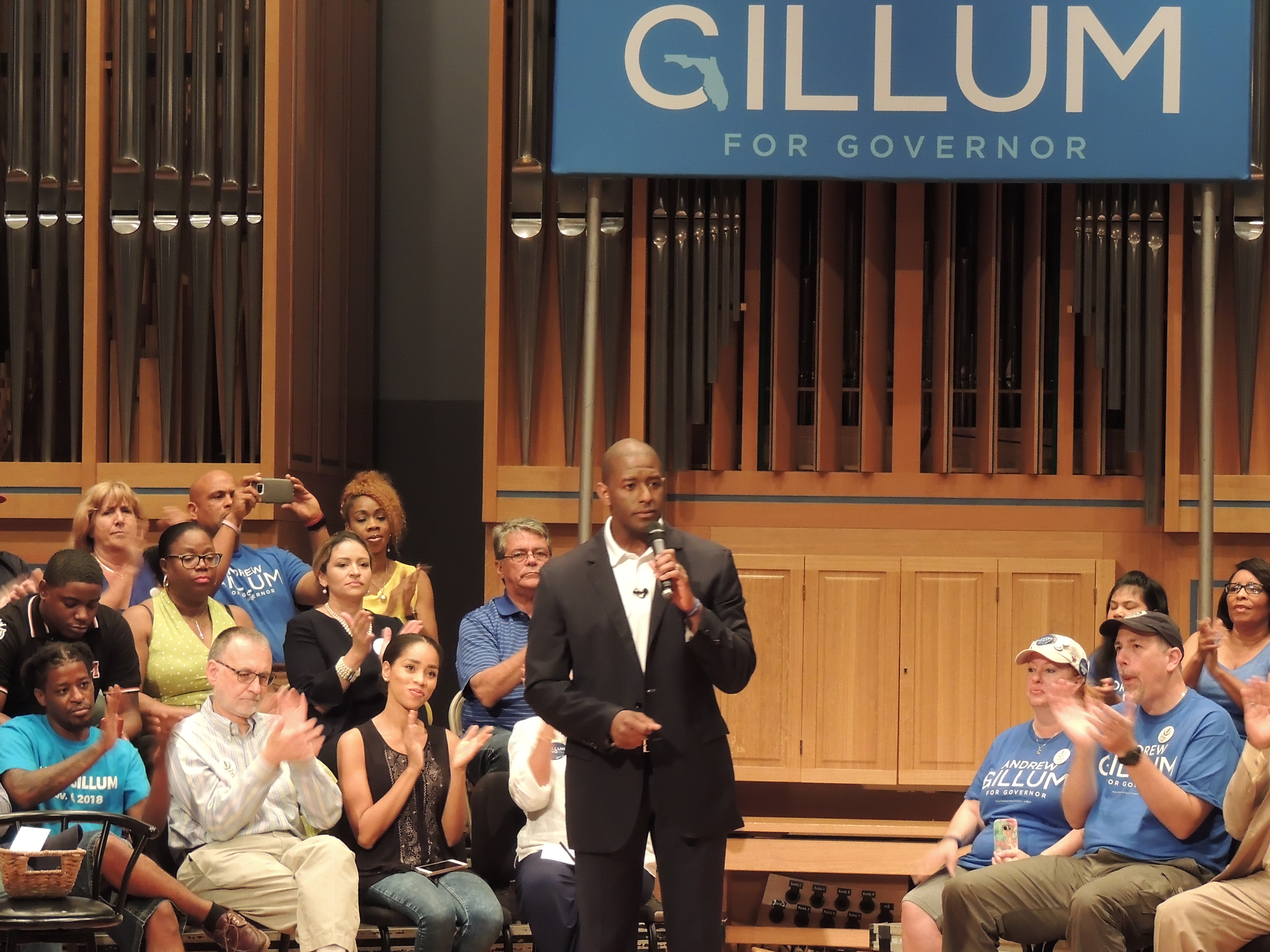 Andrew Gillum answered questions from audience members Friday afternoon in a standing-room-only 300-seat theater at St. Petersburg College; he made the connection between the strength of deadly Hurricane Michael and human-caused climate change.

Gillum’s main opponent in the election for Florida governor is Republican Ron DeSantis.

Gillum made predictions about how their CNN debate in Tampa on Sunday would go and he took shots at DeSantis’ environmental record.

On Monday, Gillum will be at USF in Tampa for a Get out the Vote rally. He’ll be joined by former Vice President Joe Biden, U.S. Senator Bill Nelson, Congress member Charlie Crist and Attorney General Nominee Sean Shaw.

According to the AP:

Florida’s Democratic candidate for governor Andrew Gillum is releasing some of his tax returns ahead of the Nov. 6 election. The Tallahassee mayor released joint tax returns for 2015 and 2016 on Friday. A spokesman for Republican Ron DeSantis said earlier this week he would release his returns if Gillum released his returns.