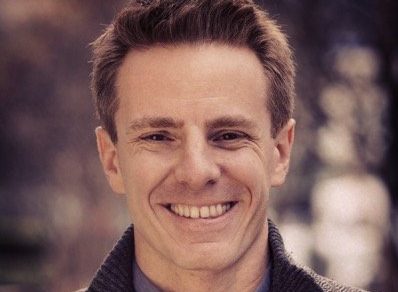 Good morning, welcome to Radioactivity. I’m Rob Lorei. Coming up today—The NRA convention is underway in Dallas, both President Trump and Vice President Pence will be speaking there. We’ll talk with a leading opponent of gun violence in a moment….

President Donald Trump is set to give a speech today to the National Rifle Association as debate over gun control escalates following February’s deadly school shooting in Parkland, Florida. Last year, Trump told the group that attacks on the Second Amendment were over. After the shooting in Parkland, he accused lawmakers of being afraid of the powerful gun lobby. But after temporarily straying from the NRA’s staunch opposition to tougher gun controls, he quickly backpedaled on that tough talk.

The Sun Sentinel is reporting:
The race is on to let Florida voters decide whether to ban assault-style weapons.
Two ballot amendment campaigns recently launched — one by a congressman and mayor touched by the Parkland tragedy and the other spearheaded by a 79-year-old Boynton Beach businessman who once helped get a constitutional amendment passed in his native Iowa.
U.S. Rep. Ted Deutch, D-West Boca, and Coral Springs Mayor Skip Campbell are leading a political committee called Ban Assault Weapons Now that is working to get an initiative on the 2020 ballot restricting the sale of AR-15-style rifles.
Banning any kind of gun has been a nonstarter in Tallahassee and Washington. Deutch said the voters should get a say if lawmakers don’t act.
“If they don’t support it, we are going to put it on the ballot and let the voters of Florida take matters into their own hands,” said Deutch, whose district includes Marjory Stoneman Douglas High School where 17 students and staff were killed in a mass shooting on Feb. 14. Getting a referendum on the 2020 ballot would require 766,200 signatures from registered Florida voters. The measure would then need to pass by at least 60 percent.
A Florida Atlantic University poll conducted in the weeks after the Parkland shooting found 69 percent of Floridians in support of a ban of assault-style rifles.
While Deutch and Campbell’s group has the most political muscle behind it, grassroots groups are also working to put the issue before voters.
Donald Cleveland, who is president of a commercial insurance firm, is slightly ahead in the process. The state Division of Elections already approved the draft of his ballot initiative to ban military-style weapons.
Source: http://www.sun-sentinel.com/news/florida/fl-reg-gun-ban-amendment-20180503-story.html