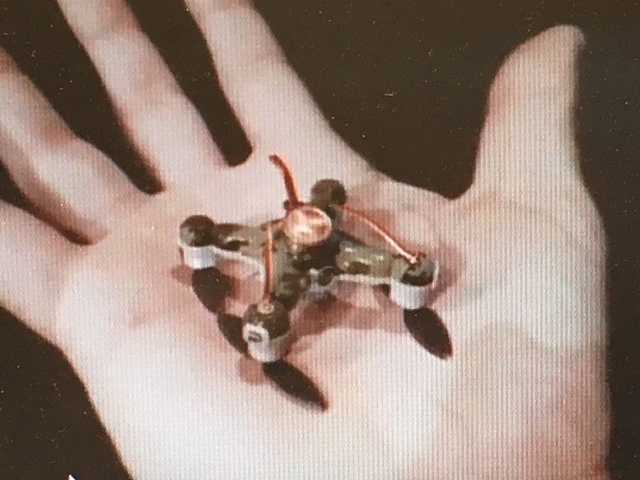 Imagine a tiny killer drone—smaller than a butterfly— able to fly almost anywhere to assassinate human beings. Either one by one- or in the thousands. Our first guest today says such drones could be built in the next few years–—if countries don’t ban the research and development.

There’s a new seven minute film out depicting a powerful new weapon that is being developed: killer drones— smaller than a Monarch Butterfly. They are autonomous, have facial recognition, carry explosives and can evade capture. The film about these drones is called SLAUGHTERBOTS http://www.sciencealert.com/chilling-drone-video-shows-a-disturbing-vision-of-an-ai-controlled-future .
We’re going to listen to part of the film and speak with an activist who is part of a group trying to stop these tiny, flying weapons from being built.

“In August, more than 100 of the world’s leading robotics and AI pioneers called on the UN to ban the development and use of killer robots. The open letter, signed by Tesla’s chief executive, Elon Musk, and Mustafa Suleyman, the founder of Alphabet’s Deep Mind AI unit, warned that an urgent ban was needed to prevent a “third revolution in warfare”, after gunpowder and nuclear arms. So far, 19 countries have called for a ban, including Argentina, Egypt and Pakistan.

Noel Sharkey, the emeritus professor of AI at Sheffield University and chair of the International Committee on Robot Arms Control, warned about the dangers of autonomous weapons 10 years ago. “The movie made my hair stand on end as it crystallises one possible futuristic outcome from the development of these hi-tech weapons,” he said. “There is an emerging arms race among the hi-tech nations to develop autonomous submarines, fighter jets, battleships and tanks that can find their own targets and apply violent force without the involvement of meaningful human decisions. It will only take one major war to unleash these new weapons with tragic humanitarian consequences and destabilisation of global security.”