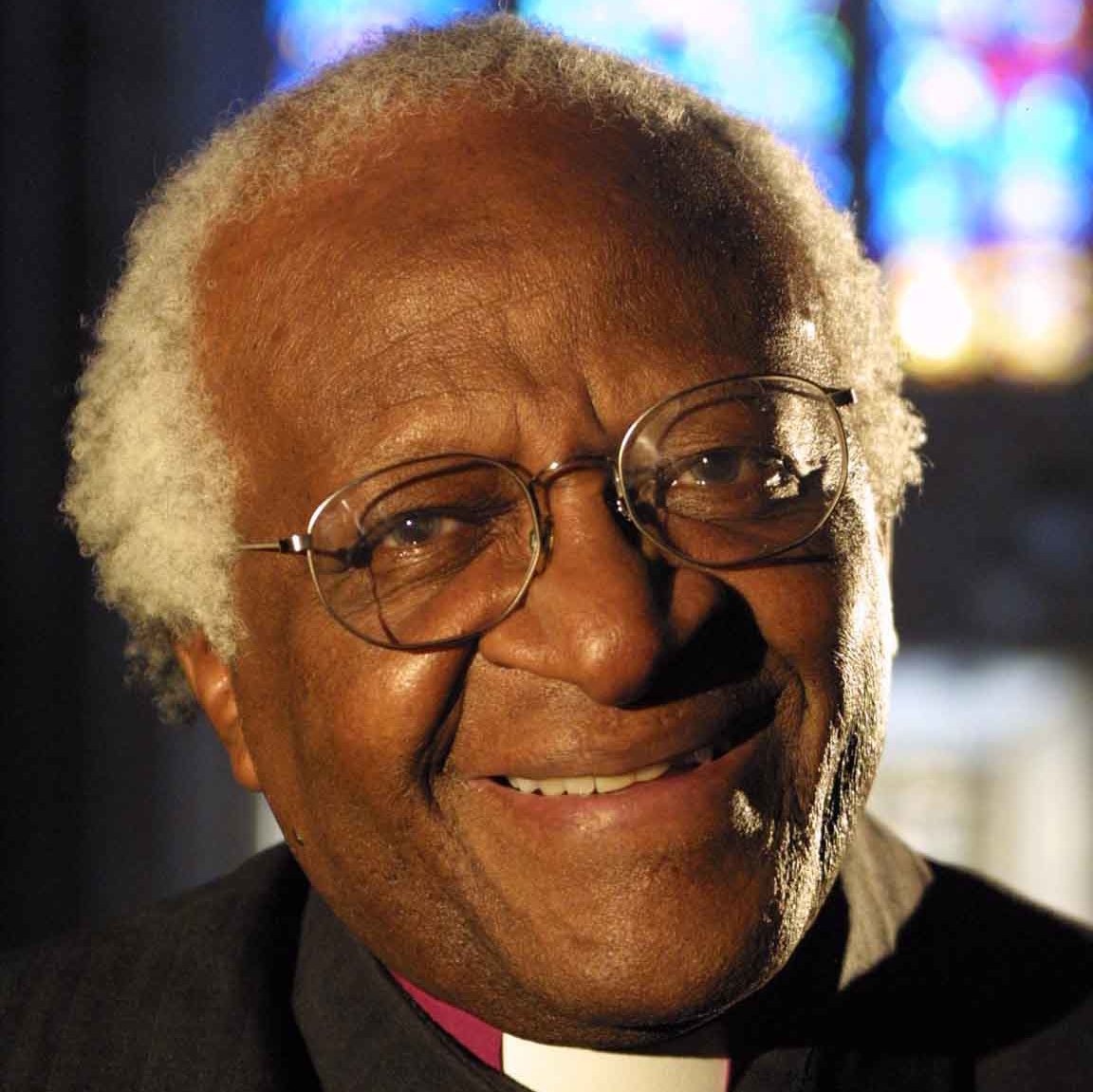 We repost this WMNF article about when he spoke at the University of South Florida in January 2006.

South African Archbishop Desmond Tutu spoke last night at the USF SunDome on the topic of “No Future Without Forgiveness.”

“There is no way in which we are going to win so-called ‘wars against terror.’ As long as there are conditions in the world which make people desperate.”

Tutu won the 1984 Nobel Peace Prize because of his work for racial justice in apartheid South Africa. He still struggles for peace.

“When we spend obscene amounts of money on what we call ‘defense’ budgets. When we fully know that just a minute fraction of those budgets would insure that God’s children everywhere, our sisters and brothers, members of our family, would have clean water to drink, enough food to eat”

Tutu was asked by reporters about how Hurricane Katrina exposed economic and racial disparities in America and whether he thought that racial tensions exist in this country. An incredulous Tutu replied:

“[laughter] You can’t be serious! When people for instance clobber us in South Africa for the huge disparities between the rich and the poor. And you try to say to people, ‘we’ve been free only 11 years & you’ve been free centuries.’ Look at the disparities that you have which were exposed so horrendously by Katrina.”

In December 1995, South African President Nelson Mandela appointed Tutu to head the Truth and Reconciliation Commission. He thinks the United States needs a similar process to heal from the wounds of slavery, racism, and the genocide of native Americans.

Tutu stressed that if reconciliation could successfully occur in South Africa, where apartheid and racist violence flourished for so long, this healing is something that should also be a goal in the United States.

WMNF asked Tutu what he thought about the continued imprisonment of Dr. Sami Al-Arian, who has spoken out against the persecution of Palestinans. Tutu replied that he doesn’t know the specifics of this case but it is up to Americans to decide whether he is in prison for his political views.

“As you are aware, the so-called ‘war against terror’ has been used to justify quite a lot of things. To justify Guantanamo Bay. To justify limiting civil liberties. So I think it is you who have to say is it that he is being turned into a scapegoat or what.”

Archbishop Tutu ended his lecture with a call for security through justice rather than through violence.

“It is possible to get real security, not from the barrel of a gun, but from the fact that people begin to enjoy justice.”