Home WMNF News Homeless Are more toll roads the answer to Florida’s traffic problems? And the increase of homeless children in Florida 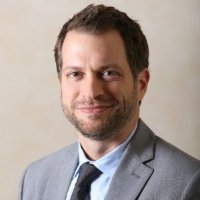 Today Radioactivity asks: are more toll roads the answer to Florida’s traffic problems? And homelessness in children of Florida.

Rob Lorei speaks to investigative reporter Eric Barton who has written a story about a major expansion of toll roads which is underway in Florida for the Florida Center for Investigative Reporting. That expansion is largely under the radar.

He writes- “In the next decade, Florida’s biggest cities will add toll lanes to the state’s busiest expressways. One hundred sixty-nine miles of toll lanes will arrive across the state in a series of projects that will be under construction until 2021, adding multiple toll lanes in South Florida, Tampa, Orlando and Jacksonville. No one knows exactly how much it will cost. Maybe as little as $3 billion. Maybe double that. What’s clear is that when the toll lanes are complete, they will be one of the largest infrastructure projects in state history. “

Later on the show, we discuss the population of children who are homeless here in Florida and how it is on the rise.

Rob Lorei speaks to Ellen McLaughlin who is with the Sarasota YMCA and she is the contracted homeless liaison for Sarasota County.