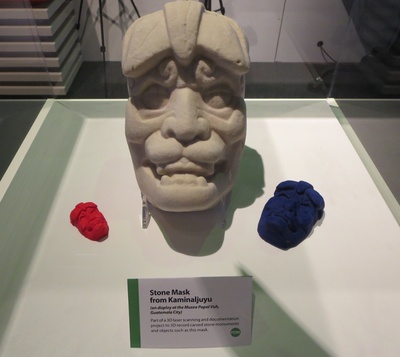 The evolution of 3D printers might be the next big technology quantum leap. The new exhibit at Tampa’s Museum of Science and Industry showcases the emerging frontiers of 3D printing, which are only limited by the imagination.

Anthony Pelaez, director of innovation at MOSI says the initial development of the 3D printer was similar to the core of the internet boom: tinkering around through trial and error. He said this technology will be guided by the people; for good or bad.

“The idea that is something that is part of the maker movement…a movement of the people. Sure, they’ll find all kinds of applications; military, pornographic, educational or anything. As far as applications it’s really up to the people. As far as positive applications…obviously there will be positive applications in everything that you do as far technology. Sure, there will be negative and positive. But I think, ultimately, the main thing is that people have to embrace it and take a strong interest to take it to the next step.”

The exhibit has examples of body part replacements, like knees and hips. But experts believe that soon they will be printing living tissue for things like skin grafts or organ transplants. Pelaez, said within a decade science fiction will be science fact.

“I personally think it could be food printers. I think the idea of coming home tired and saying; ‘oh, make me nachos’. Then all of the sudden it’s just like Star Trek. I think people love food; they love convenience. As far as medicine and having something that will make live easier as far a food printer; those are probably two major things: two mind blowing things.”

USF is one of the vanguard institutions using 3D printing technology to teach and research. The university is also helping preserve world heritage artifacts. On display there are many examples of Meso-American statues and grave goods as well as examples of Florida archeological finds. USF archaeology professor Lori Collins said she is already reaping the rewards in her research.

“I can work with somebody else instead of having to go to Mexico to look at that object. We can not only look at it on our computer screens but actually make an exact replica of it at any scale. You can see objects that weigh 6 tons; we can print it out on a form that we can hold. And we can actually look at it; we can examine it. It just opens up a lot of new possibilities for sharing; just an exchange of information with colleagues. The potential there is just incredible.”

The exhibit will be a hands-on experience with demonstrations in an interactive learning environment. Although it’s housed at MOSI it has tapped into the educational and creative expertise of USF and the Dali Museum. Tanya Vomacka, a MOSI vice president, said the exhibit is exactly what the museum is about.

“This is actually in our sweet spot for MOSI. We believe in STEM; actually STEAM; which is Science, Technology, Engineering, Art and Math. There isn’t one of those disciplines that isn’t involved in 3D printing.”

The exhibit, 3D printing the future, opens on Saturday June 14 at MOSI.