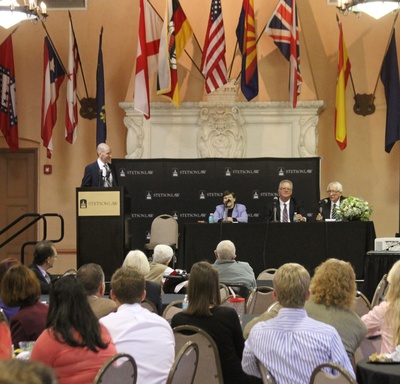 Like many hopeful law students, Ashley Hart imagined one day arguing a case before the Florida Supreme Court – many a litigators dream.

She did not, however, imagine that the first time she’d address the court would be on her own behalf, pleading for the future of hers and thousands of other prospective lawyers’ careers.

In late June, the coronavirus pandemic led the Florida Board of Bar Examiners to cancel July in-person testing and announce the bi-annual licensing exam would be held virtually in August using software from ILG Technologies. But just days before the Aug. 19 test date, examinees say the software is still plagued with issues including identity theft, overheating computers and submission of incorrect drafts of essays, among others.

Hart and many others submitted letters to the Florida Supreme Court asking for intervention, but the FBBE, which is a part of the court, has insisted on moving forward. An Aug. 10 trial exam was cancelled after examinees complained of software issues and was rescheduled for Aug. 17, just two days before the exam. But as of Aug. 14, the updated software has yet to be released.

Examinee Stefanie Jo-Osborn said the stress has not only taken a toll on her, but constant postponement and uncertainty is affecting her family.

On its site, the Florida Board of Bar Examiners – abbreviated FBBE — said it’s only received nine complaints about software issues, but a private Facebook group of test takers claims nearly 50 registered examinees have submitted complaints to the FBBE and ILG regarding software issues and security concerns.

ILG is one of three companies capable of offering virtual bar exams. One of those companies, Extegrity, said it won’t be participating in 2020 bar exams because current technology can’t handle large scale, simultaneous start exams like the bar.

Meanwhile, other states using ILG’s software have experienced a host of issues. In 2015 and 2016, ILG was contracted to digitize and electronically facilitate the Georgia bar admission process, leading to a number of scoring issues and falsely reported failing grades. This year, Indiana and Louisiana made 11th-hour decisions to drop ILG’s software in place of open-book, email-based testing.

In Florida, prospective and established lawyers are still hoping for respite as the exam draws near. Friday morning, members from the Florida House of Representatives and deans of Florida law schools wrote separate letters urging the Supreme Court to step in and offer examinees alternate options to using ILG’s software.

Baris Misman, president of ILG, declined to comment and the Florida Supreme Court did not respond to requests for comment.