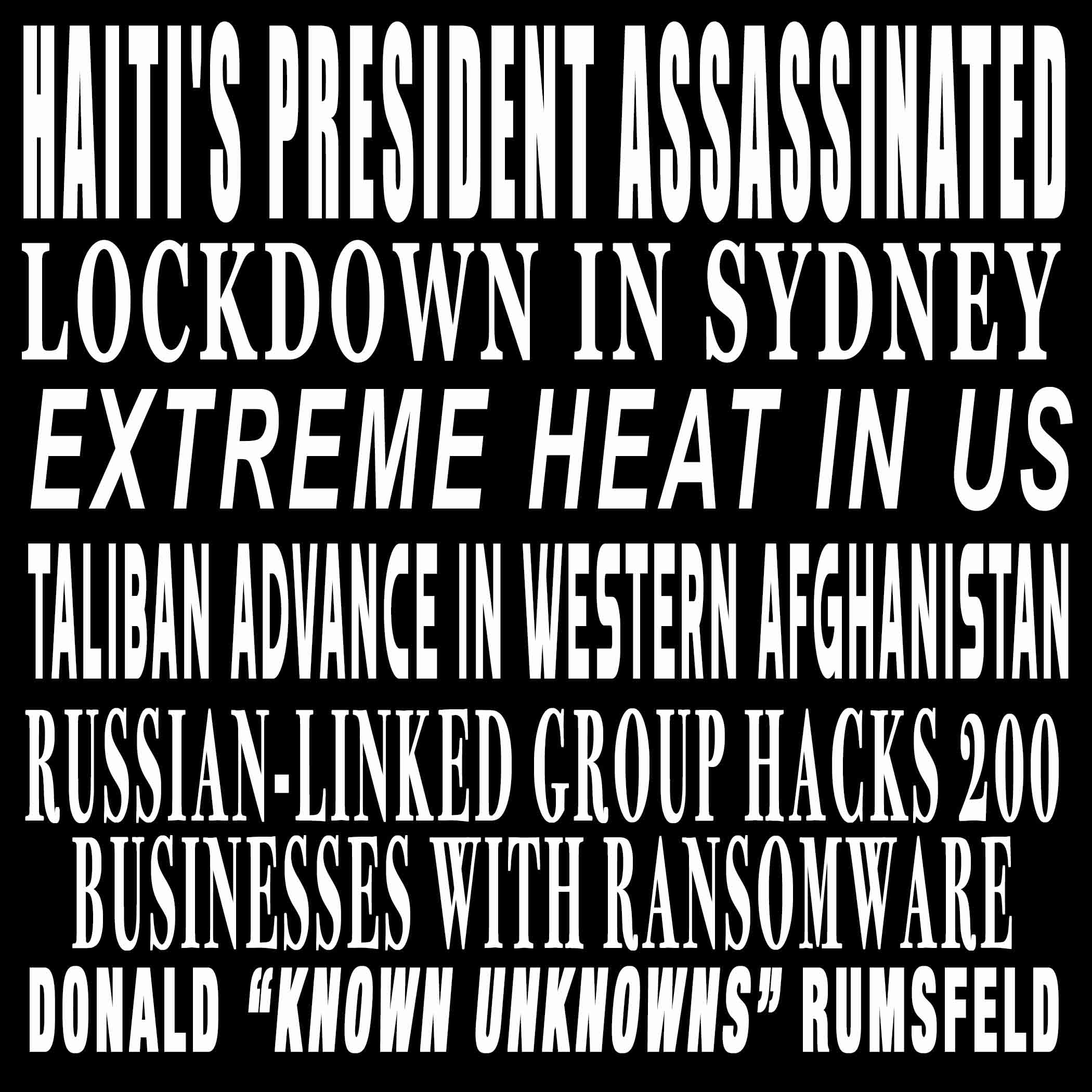 A group of gunmen allegedly posing as agents of the Drug Enforcement Agency forcibly entered President Jovenel Moïse’s private residence and assassinated him in the early hours of Wednesday. The macabre act will prolong the uncertainty as Haiti tries to avert pandemonium.

Australian authorities on Friday pleaded with Sydney’s five million residents to stay home, warning a three-week lockdown may be extended as they struggle to control a COVID-19 outbreak, with the city reporting the biggest rise in local cases in 2021.

Extreme Heat In US

Last week, a “thousand-year” heatwave baked the Pacific Northwest and adjacent British Columbia with widespread highs topping 100 degrees, resulting in a death toll in the hundreds. The National Oceanic and Atmospheric Administration announced Friday that the heatwave helped the United States clinch its hottest June on record. Eight states had their hottest Junes, including Arizona, California, Nevada, and Utah.

The latest part of Afghanistan to collapse in the face of a rapid militant advance, during which they have taken control of areas far beyond their original southern strongholds. Their speed has fuelled fears the government in Kabul could fall within months. Joe Biden confirmed a 31 August deadline for the final departure of American troops.

Cybersecurity teams are working feverishly to stem the impact of the single biggest global ransomware attack on record, with some details emerging about how the Russia-linked gang behind it breached the company whose software was the conduit.

The architect of the Iraq war and a master Washington power player, dead at 88.

Dr. Binoy Kampmark is a Senior Lecturer in the School of Global, Urban and Social Studies at RMIT University, Melbourne, Australia Show 431 Over on Life Elsewhere Music, hear an interview with Dublin-based musician, Keeley who explains the inspiration for her new EP, Brave Warrior. Fascinated by True Crime stories, Keeley became fixated on the unsolved assault and murder of German student Inga Maria Hauser in 1988.