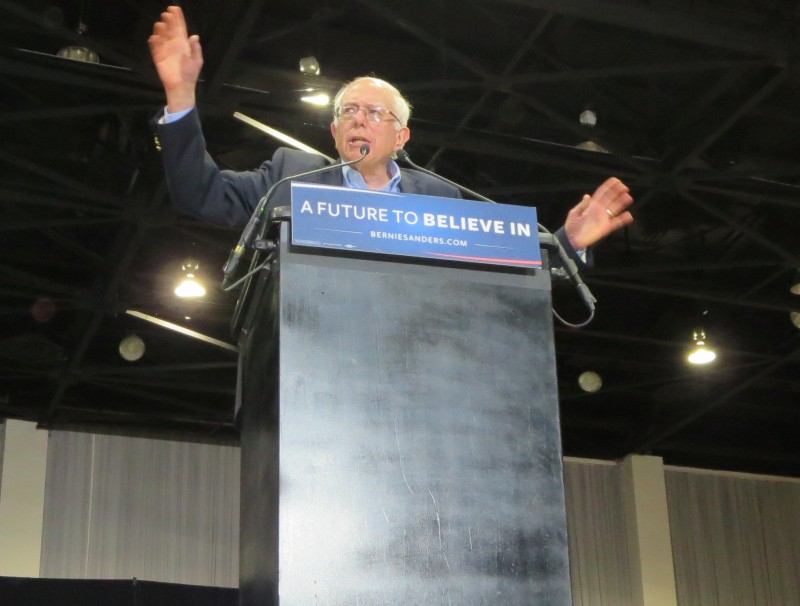 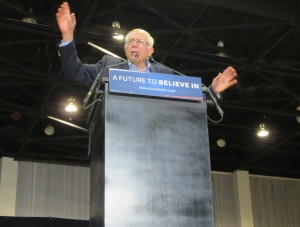 Bernie Sanders Tampa visit was the last on his whistle stop tour of Florida. Sanders hopes to pull an upset like he did last week in Michigan. His speech focused on many of his political talking points, like a rigged economy which favors the wealthy; expanding medicare, free college tuition and gender equality. Sanders also took aim at racism among the GOP candidates.

Although Sanders regularly addresses ethnic and racial equality issues, he still polls low with minority voters, especially with African-Americans. Monda Williams is an African-American woman and a Bernie Sanders campaign volunteer. She said Sanders is the best candidate for the African-American community.

Sanders targeted the fossil fuel industry as polluters of the environment and the cause of dramatic climate change. Recent changes in polluted water from Lake Okeechobee moving towards Miami and a push to allow fracking in the Everglades, has many Florida voters worried. Sanders said Florida has a quick fix.