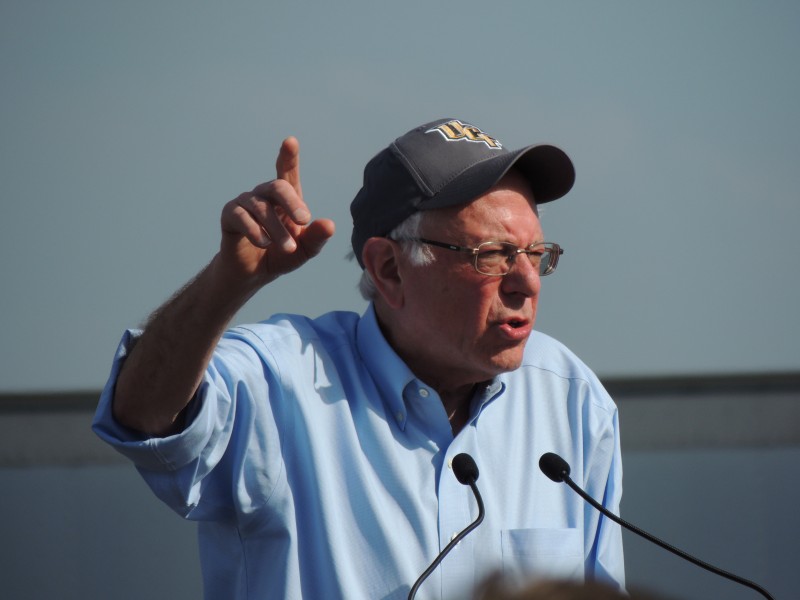 On MidPoint we spoke with two local delegates who just returned from the Democratic National Convention in Philadelphia; Jessica Vaughn (Hillsborough County) and Amos Miers (Pinellas County) were Bernie Sanders delegates from Florida. Welcome to WMNF’s MidPoint, Jessica and Amos! We talked about their convention experience.

On the first day of the convention, Debbie Wasserman Schultz was booed by some in the Florida delegation and later in the day Senator Sanders was booed by some of his own supporters when he suggested they should support Hillary Clinton.

We played audio of a live video posted on Facebook by California Sanders delegate Eden McFadden that claimed to show a white noise machine used to cancel out the noise of their delegation.

We heard about Nina Turner and why were many people on Wednesday saying – “I’m With Nina.” Why there were anti-TPP signs when President Obama spoke at the convention.

Inside the convention hall, the DNC assigned plain clothed police officers to watch Sanders delegates. Miers wrote about a Clinton delegate who threatened people and about the reaction when General Allan spoke.

At the beginning of the show we played two listener comments about our last show. That show was about the power of corporations and how elections are funded. One listener corrects something I said about our theme song. It’s true: the lyrics from Led Zeppelin’s 1971 tune When the Levee Breaks are mostly stolen. Memphis Minnie was given co-writing credits for it on “Zep IV,” but the song’s other author, Kansas Joe McCoy, did not. We played the 1927 recording of that song, from archive.org.