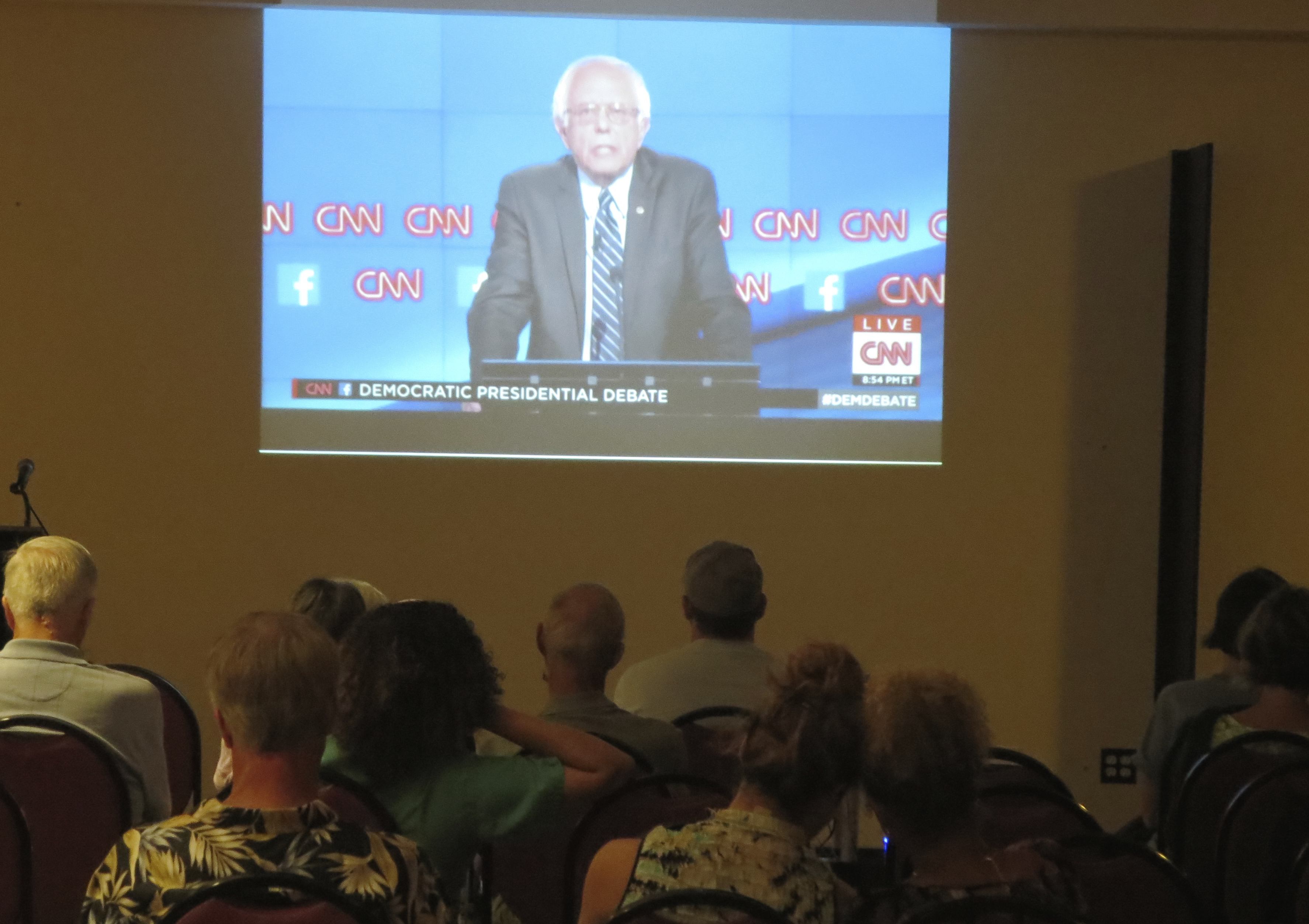 Bernie Sanders delivered the goods to his base and beyond during the first live Democratic presidential debate. Last night more than 40 people showed up to watch the debate at a Bernie Sanders viewing party held at the historic Manhattan Casino located in the Deuces neighborhood of Saint Petersburg. 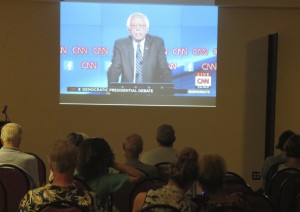 The South Saint Petersburg viewing party drew in both long time and new supporters for a lot of the same reasons.

Grassroots Bernie Sanders supporters organized thousands of viewing parties around the country to watch five of the candidates spar. The debate had a few sizzling moments and a few duds. Sanders is a self-described democratic socialist and emphasized, time and again, his message of wealth inequality. One attendee, Jennifer Griffin, a medical doctor in Saint Petersburg, said the core of Sanders’ message has been straightforward for years.

Joining Clinton and Sanders on the podium last night were Jim Webb, Lincoln Chafee and Martin O’Malley. But the debate hinged around the verbal jabs and barbs between the two frontrunners. Clinton chided Sanders for his lax gun law reforms while Sanders berated Clinton on her cozy relationship to Wall Street. All the candidates were asked to comment on “Black Lives Matter.” A recent Bernie Sanders convert, Jeffrey Cherisol of Saint Petersburg, said Sanders did well addressing a difficult issue.

The next Democratic presidential debate will be November 14th.