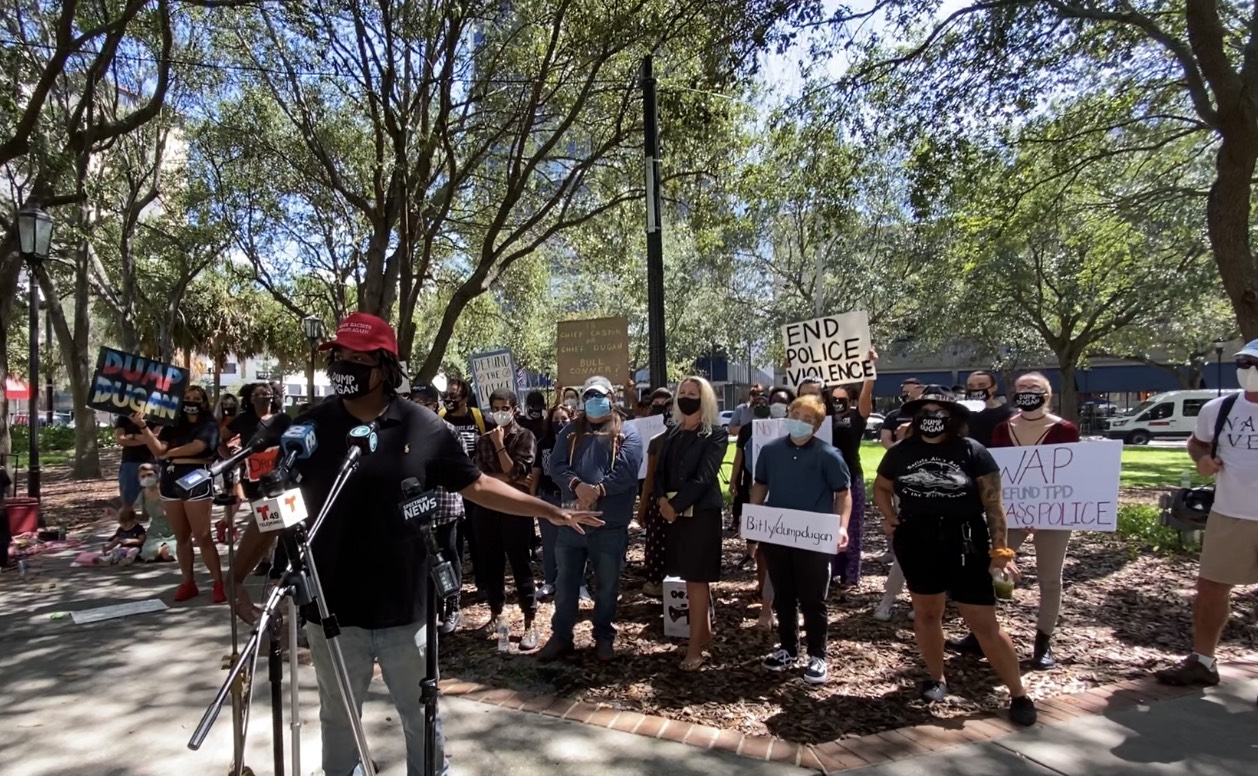 Representatives from Tampa Dream Defenders, the Political Education Network, Florida Indigenous Rights and Environmental Equality and the American Civil Liberties Union spoke during the rally. The tone was tense, but unrelenting as leaders like Bernice Lauredan proclaimed resilience, unity and love.

Passmore was hospitalized Wednesday and suffered a concussion along with other injuries after she was thrown to the ground during an arrest. Police have accused Passmore of striking a counter-protester during a demonstration outside Tampa’s City Hall. Video posted to Facebook and Instagram shows police kneeling on Passmore’s shoulder and neck as she is detained.

But Robinson, a trans Black activist, said they won’t be deterred.

Activist Kai Robinson was on hand and spoke of the mental anguish and stress protestors face when they are constantly attacked and forced to watch friends beaten.

Black Lives Matter activists have cried foul after multiple clashes with police and counter-protesters have led to injuries and arrests some see as unjust. Passmore was previously hit by a truck during a demonstration. The driver, a counter-protestor, was not arrested.

Last month, a “Back the Blue” mural appeared on a Tampa streets. Its creators blocked traffic for hours and painted it without a permit, but faced no repercussion. When activists tried to pain over it, however, they were arrested.

Closing the conference, Passmore said she and other activists are only emboldened by TPD’s actions. She said Castor and Dugan both need to be removed and if City Council members don’t act, the steps to recall them have already begun.