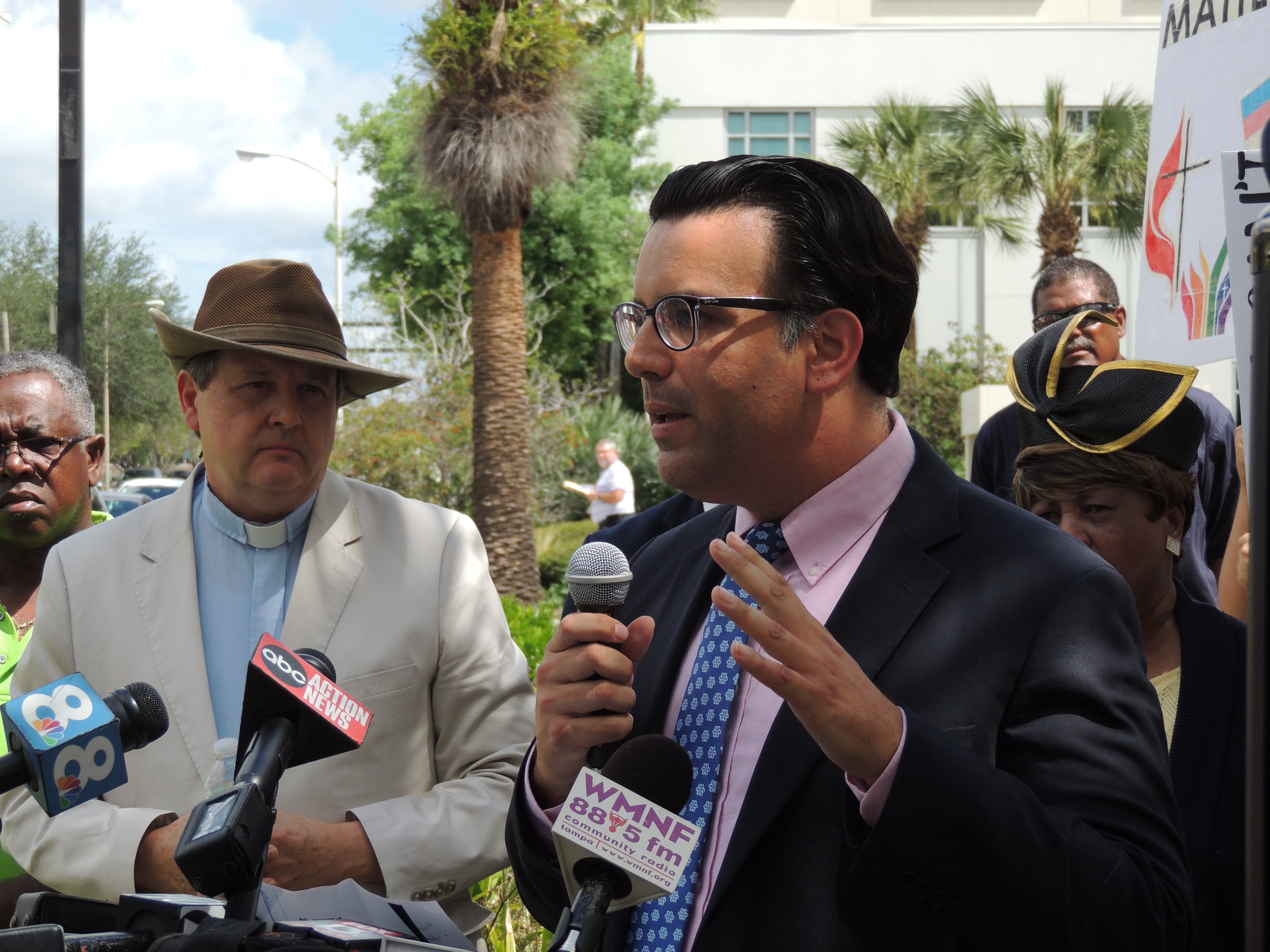 We heard from two of the candidates running for the District 4 seat currently held by Harry Cohen: Bill Carlson and Lee Lowry. Sal Guagliardo Jr. will also be on the ballot, but was not at this February 8 forum at Tampa Tiger Bay Club.

They answered questions about construction in historic districts, how to make Tampa an international destination, how they would impact LGBTQ issues and which policies they like and don’t like from the candidates running for mayor.

Here’s how the two District 4 candidates answered a question about how to make Tampa more of an international city:

“Our port is way behind other ports in the state and around the world in containers,” Bill Carlson said. “But just recently, due to a lot of advocacy over a lot of years, we’ve added another container ship and we’re about to add a third one.”

Lee Lowry said, “Gasparilla is the biggest [cultural] example. That is part of our culture and our heritage. What other international festivals are we really having here?”

Early in-person voting in the 2019 City of Tampa municipal election began Monday and runs through March 3.

Vote-by-mail ballots are due in the elections supervisor’s offices by 7:00 p.m. on March 5, Election Day.

Listen to the full forum here:

Thanks to Tampa Tiger Bay Club, TBAE and Janelle Irwin.