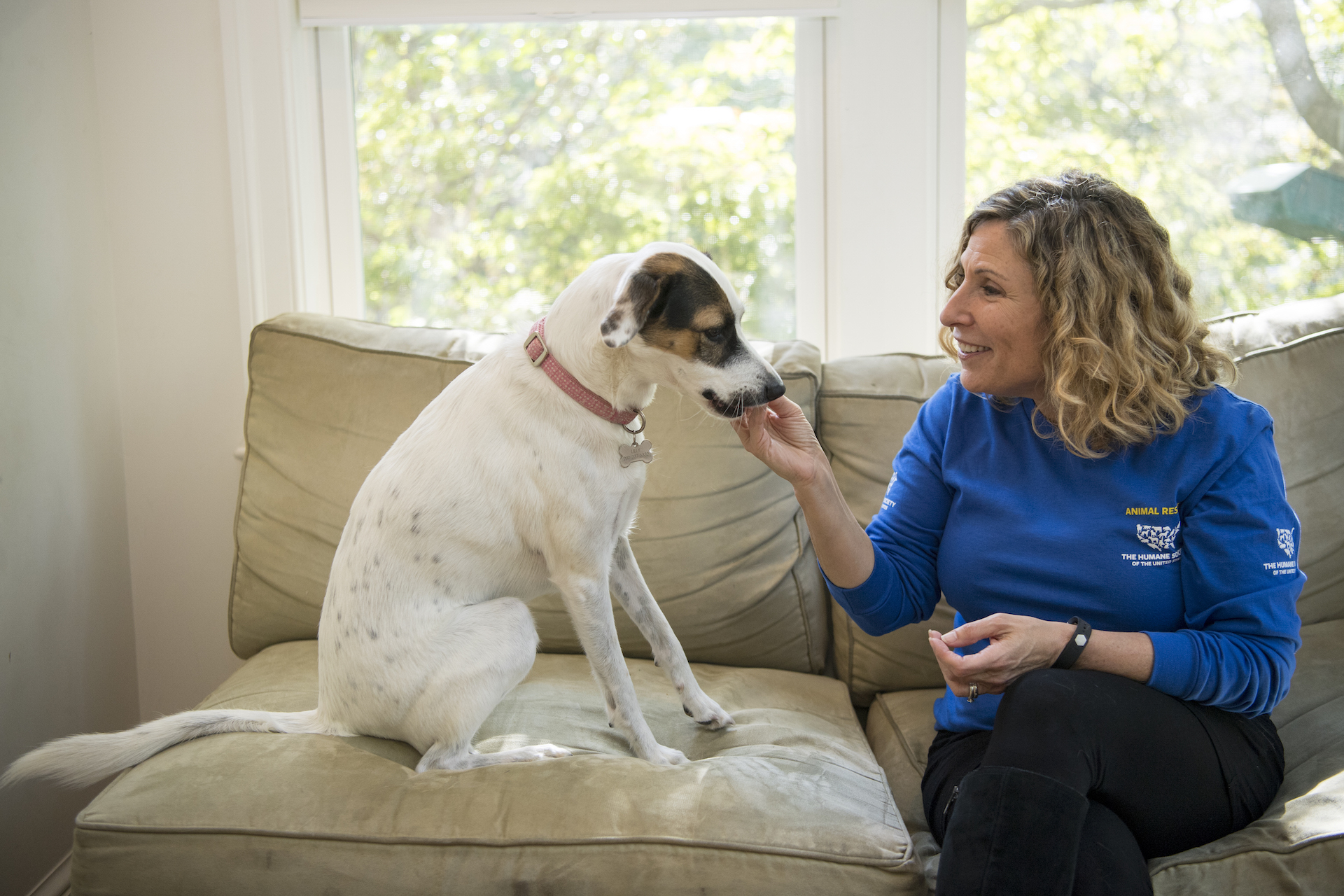 Kitty Block—President and CEO of the Humane Society of the United States (HSUS), as well as CEO of Humane Society International, HSUS’ global division—in an interview this week on “Talking Animals” discussed getting a precocious start working in animal welfare, in that her Mom was an animal activist.

Block recalled how, as a second grader, she went on a school field trip to the Ringling Bros. and Barnum & Bailey circus and, whereas her classmates were enchanted by the performing elephants, Block was disturbed by the spectacle, told the teacher she wasn’t feeling well, and wanted to go home. The teacher ignored the request, so Block called her Mom, who immediately picked her up; she understood.

Block explains that she wanted to follow in her mother’s foot steps, pursuing animal activism, deciding to attend law school to fortify her efforts. She went to work for PETA, as an investigator, then moved to the office of PETA’s outside counsel, Phil Hirschkop, an accomplished, high-profile attorney who’s argued multiple cases before the Supreme Court.

From there, she launched her career at HSUS, where she’s now worked for nearly 30 years. Presumably because of her long tenure and attendant institutional knowledge, her HSUS achievements, and being an attorney—though she says she doesn’t know exactly why—Block was named acting CEO in 2018, when the organization was rocked by a sexual harassment scandal focused on then-CEO Wayne Pacelle.

Block addressed the challenges, large and small, she faced in helping HSUS navigate through the immensely turbulent waters of that scandal, dealing with the profound fallout, the extensive media coverage, and ensuring the culture there became completely safe for all HSUS denizens.

From that now-secure base, Block imparts what she sees when she looks five years ahead, at both HSUS and the broader animal welfare landscape. We touch on a number of other subjects, including her very visible support for Amendment 13, the successful 2018 initiative proposing a ban on dog racing in Florida, and a very recent case of HSUS helping intervene at a home in Muncie, Indiana, where about 30 cats were living amidst alleged severe neglect.