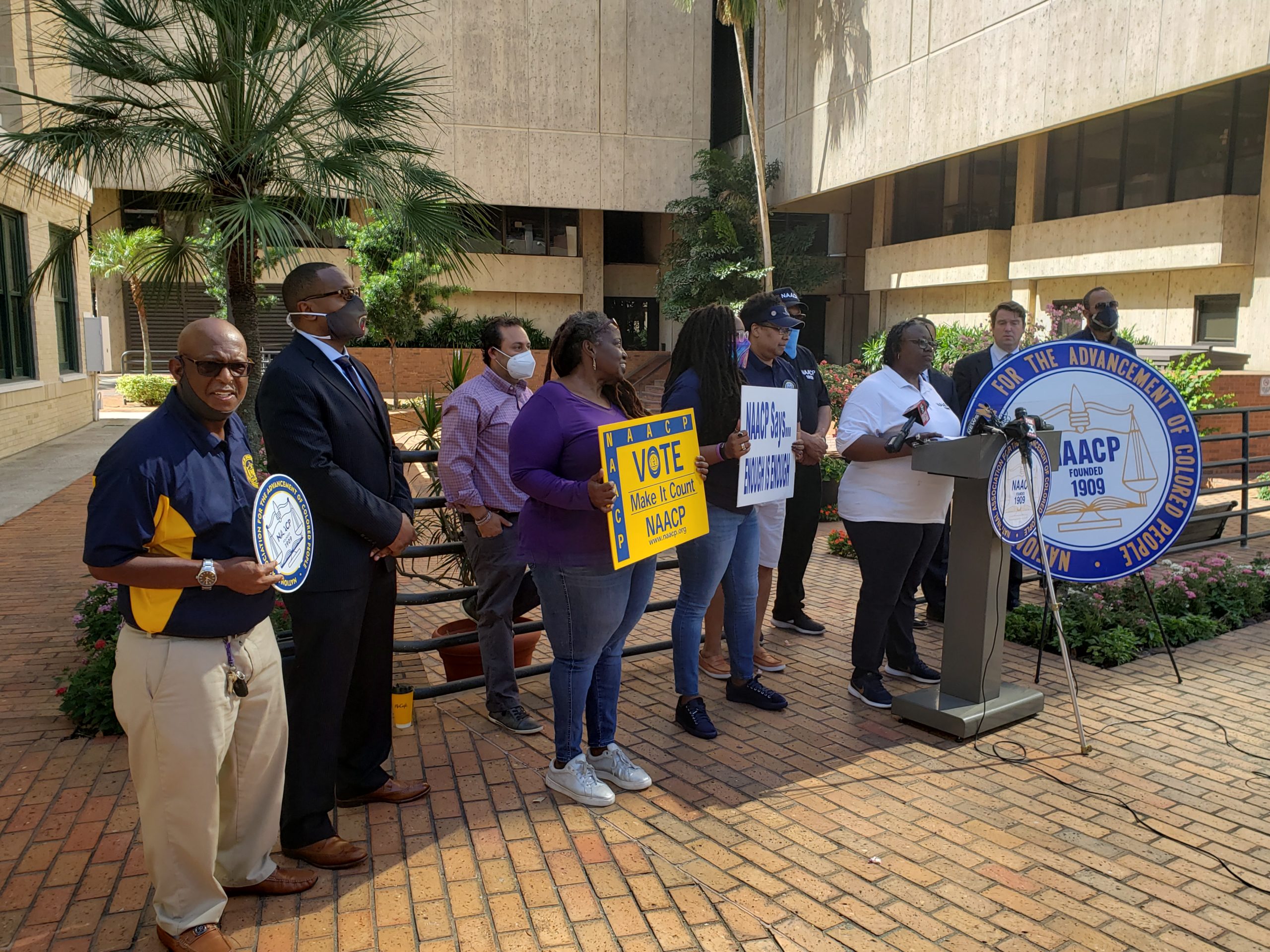 On Wednesday morning local representatives of the NAACP and ACLU and other leaders in the Black community called for a revamp of the City of Tampa’s police Citizens Review Board.

In front of Tampa City Hall, the president of the Hillsborough branch NAACP, Yvette Lewis, said, “the City of Tampa and law enforcement continue to suppress African-Americans and Latinos by perpetuating systemic racism.”

“The NAACP Hillsborough County branch receives numerous complaints daily regarding the treatment of the police department. Enough is enough. The City of Tampa has had their foot on our necks for many years and we cannot breathe.

Lewis laid out what she said were reasonable reforms that every elected official should support.

“We believe that all officers and their vehicles should be equipped with cameras in order to record all interactions with any member of the community.

“We firmly believe that police standards and police training must be reformed to eliminate processes and procedures that end excessive allegations of abuse and excessive use of force.

“Our police agencies must institute community policing practices. These practices include programs that incentivize police personnel to reside in the communities they serve in, such as creating housing financing programs.

“We believe that a registry of police disciplinary actions must be created to track bad apples and ensure that they are no longer to move from agency to agencies when their bad actions catch up with them.”

Community activist Connie Burton stood outside Tampa City Hall and said in her community there is a saying that there are only two resolutions if you call the police – handcuffs or bodybags.

“There’s a reason why this place was chosen today to do this press conference. Because we believe this city government is the hotbed that gives life to all of these other injustices that people deal with on a daily basis.

“Whether it be through the school system that accepts slogans of children at the third-grade level that cannot pass certain tests as being a ‘pipeline to prison.’ They’re not talking about white children. They’re talking about African children, Black children.

“And we talk about a justice system that lives from the haunting goals of past prosecutors who built their careers, in giving Black men is long unjustifiable sentences for nonviolent crimes is still the date When we talk about economic development, we see that only pennies are bought to an impoverished community, and we are expected to do something with it.”

The NAACP’s Lewis spelled out reforms that are needed for the City of Tampa’s Citizens Review Board of police.

Thanks to Joshua Holton and Janet Scherberger for contributing to this story.