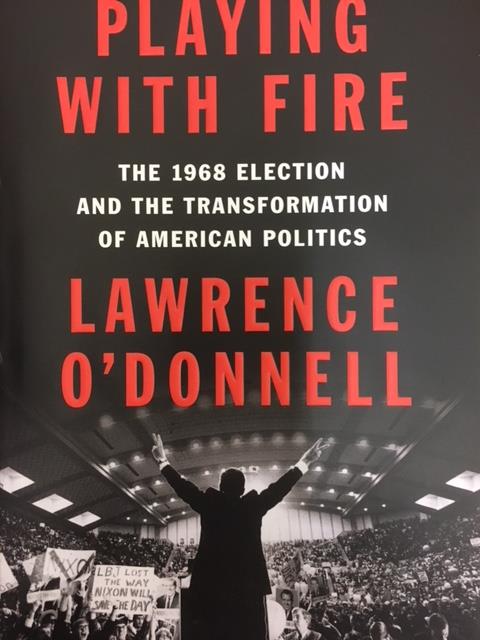 Welcome to Radioactivity. I’m Rob Lorei. Coming up—we’ll speak with investigative journalist Chip Berlet—who for decades has been tracking the far right in the US. With the rise of Donald Trump Neo Nazi and fascist groups are becoming more active and we’ll dive into the history, motives and aims of those groups in a moment.

Later we’ll speak with MSNBC host Lawrence O’Donnell about his new book on 1968—one of the most pivotal years in recent American History.

Our first guest is Chip Berlet,

For more than 30 years he’s covered far right movements in the US and Europe.

He’ll be speaking this Friday in St. Petersburg. He’s authored several articles and book chapters on White Nationalism and Neo-Fascism, and co-authored the entry on Neo-Nazism in the current Encyclopedia Judaica.

For longtime listeners to WMNF you may remember that Berlet has given a number of talks on Alternative Radio about right wing populism.

He’s speaking in St. Pete this Friday, Nov. 17 at 7 p.m
The talk is free and open to the public. It’s part of the Leif Nissen Social Justice Lecture Series of Temple Beth-El, and it’s being held at Allendale United Methodist Church in St. Pete. 3803 Haines Road North.

Lawrence O’Donnell has been a student of American politics for most of his life. A former senior advisor to Senator Daniel Patrick Moynihan, chief of staff of two Senate committees, an Emmy Award-winning executive producer and writer for The West Wing, and now host of his own MSNBC show The Last Word, O’Donnell has a coveted front row seat to American democracy in action.

While the 2016 election, still fresh in all our memories, produced many crazy headlines and tumultuous debates, O’Donnell’s new book PLAYING WITH FIRE: The 1968 Election and the Transformation of American Politics vividly recreates an even darker, more chaotic time in our nation’s history, in which one election was literally a “matter of life and death—nothing less”: 1968.