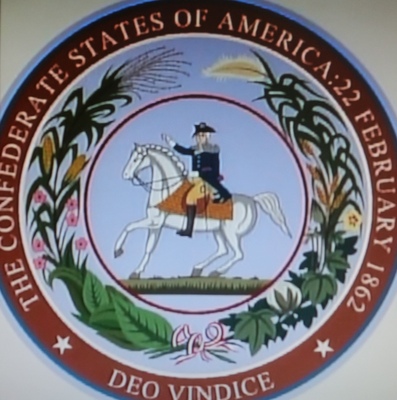 Les Miller, who is the only black Hillsborough County Commissioner, made the motion to have the Confederate flag as well as the British, Spanish, and French flags taken down and relocated to a museum. It was seconded by Kevin Beckner. Before the vote it was clear the motion would pass. Miller was unable to hold back tears as he reflected what the removal of the Confederate Flag means to him and others.

Early in the debate, Miller’s colleague Commissioner Stacy White delivered an impassioned screed on why the Confederate Flag should stay put.

White made a substitute motion to exchange the flags for the seals of the countries that governed over Florida, but it failed. Eventually, White voted with the rest of the commission to remove the Confederate flag. During the public debate seven residents spoke in favor of keeping the confederate flag on display. One such resident is Julie Goggans. She isn’t happy about removing a symbol of her heritage.

Eleven residents called for the removal of the confederate flag during the public debate.
Willy Lawson calls himself a rare breed. He’s African-American and a Republican. He thinks the whole discussion about the Confederate Flag is a smoke screen to keep people from talking about the real issues. Nonetheless, he thinks removing the Confederate Flag could resolve the issue.

The Confederate Flag is being removed from the grounds of the Hillsborough County Commission by Thursday but this may not be the last we hear about the controversy.