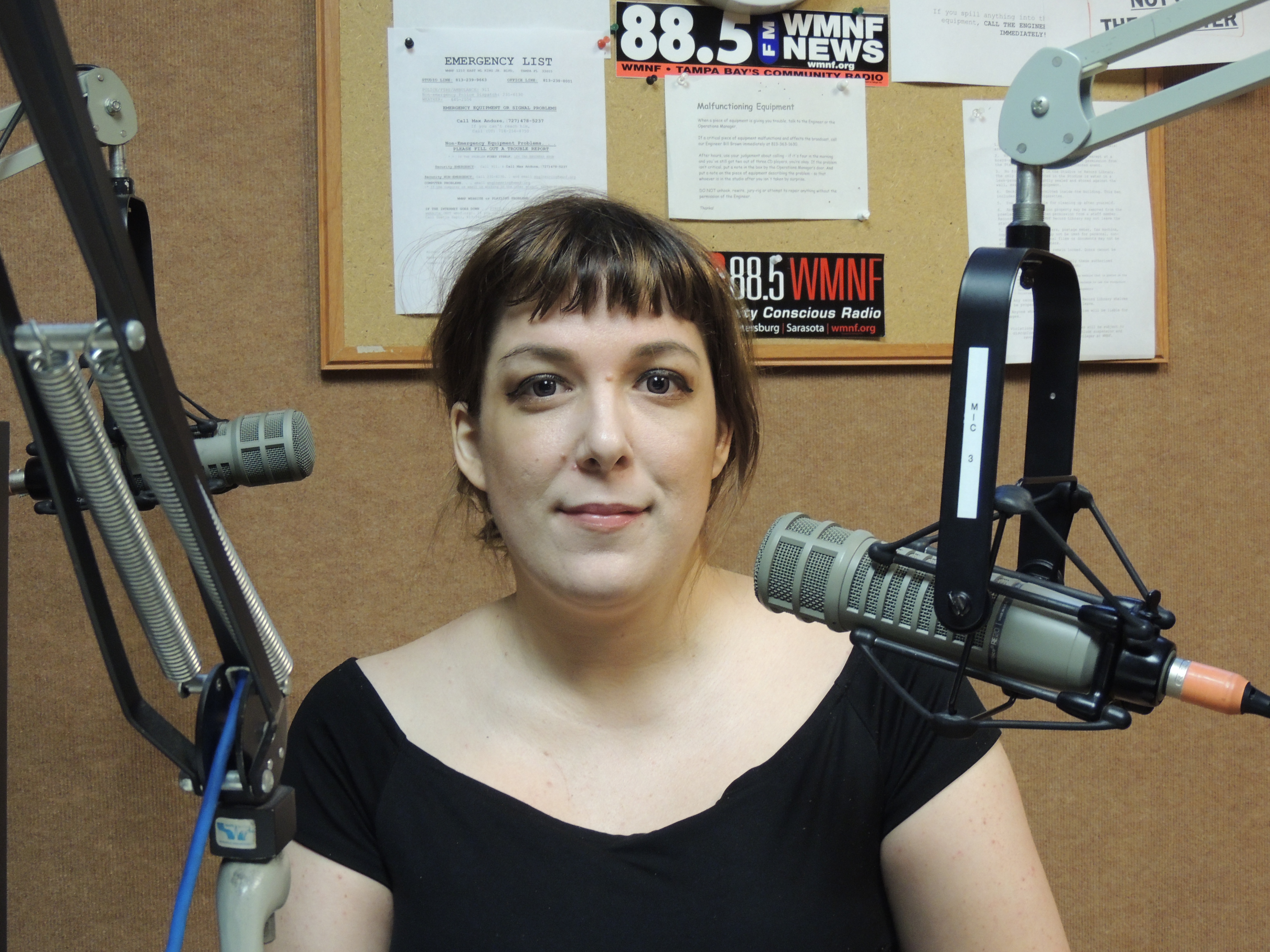 Last year, white nationalists rallied in Charlottesville, Virginia, and one of them used his car to kill a counter-demonstrator; an upcoming panel discussion at USF will examine what’s behind the rise of white nationalism and how people can respond. One panelist is author Alexandria Brown.

“White nationalism is not only the belief that white people should organize into racially pure ethno-states where they’re living in countries without any People of Color present. But also that the reason that they should do so is that white people, as a race, are genetically superior to all races.”

And until, maybe, a few years ago, I think that most Americans would think that philosophically or in rare cases this might be a problem, but it’s not really a huge societal problem. But we’re learning more and more that there’s a large white nationalist contingent out there that’s really serious. And you’ve had experience with threats in this case.

“I recently published a memoir about my experiences being somewhat friends with the author of the first draft of the Charlottesville Manifesto, former (Libertarian) candidate for U.S. Senator (in Florida) named Agustus Sol Invictus. And his ex-fiancé approached me after I stopped speaking to him and told me about really extreme domestic violence allegations against him.

“She was 19 years old and she had no idea how to handle it so I offered her a lot of support. And as a result of my supporting role in helping her to go to the police and exposing the allegations to the media my private information was published on neo-Nazi blogs.

“And so I received a sort of campaign of harassment at work and at home. People threatening me and saying vulgar, racist stuff to me. I already have PTSD, so it was pretty crazy to deal with. It’s kind of started to die down at this time and I’ve also developed a thicker skin for it. But they intentionally organize those kinds of campaigns to silence critics. And unless you’ve really experienced it up close I think people don’t understand how different it is from a normal conflict that you would have with someone because of the way that white nationalists think about violence and hierarchy and especially the role of women.”

“Normally people who are thinking about ethics are going to say pretty straightforwardly violence is not a good thing. Some people might say it’s necessary but to be avoided. But in white nationalism, violence is philosophically celebrated as a positive part of a good life. So there’s no ethical qualms about it and it’s encouraged.”

How does that relate to women?

“The issue of women goes to the core of white nationalism because the way that we populate a white nationalist ethno-state is through breeding as many white people as possible. It’s pretty creepy. What they want is to confine women completely to the domestic sphere in a way that I would say is much more extreme than even every day typical American sexism, in order to make them pregnant over and over again, basically, for all of their child-bearing years.” 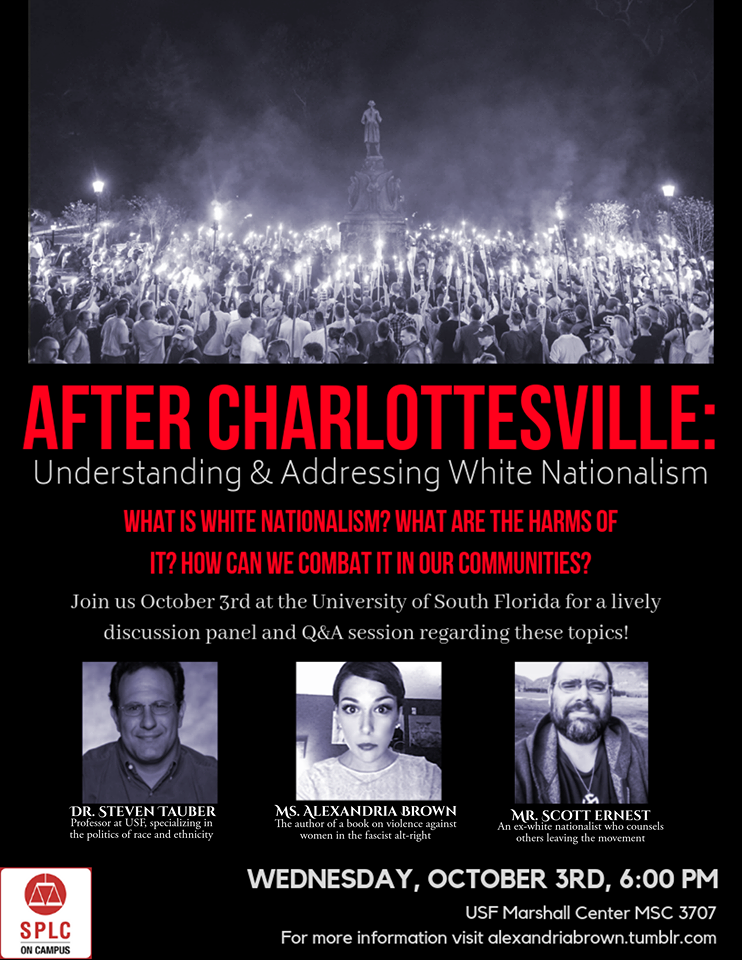 To draw attention to the issue, you’re holding a panel that’s called, ‘After Charlottesville, understanding and addressing white nationalism.’ You have two other panelists besides yourself. One is an ex-white-nationalist. The other is a professor. What will these people bring to the discussion?

“Dr. Stephen Tauber, he’s a professor of global studies at USF. And he’s published books on race and ethnicity in American politics. He’s going to talk about white nationalism as it exists in the student body at USF. Because white nationalists will actively recruit to young people. …

“Mr. [Scott] Ernst – the ex-white-nationalist – is going to be talking pretty biographically about his own experience being recruited into white nationalism. And then the violence and hatred that reached a breaking point for him that caused him to leave it. And how he now counsels people who are trying to leave the movement themselves and especially LGBT alt-righters.”

The panel discussion is called, “After Charlottesville: Understanding & Undoing White Nationalism.” It’s sponsored by the Southern Poverty Law Center at USF Tampa on October 3 from 6:00 p.m. – 9:00 p.m., at the Marshall Student Center, room 3707.

Brown’s book is called, “The Noble Person Does Not Sin.”