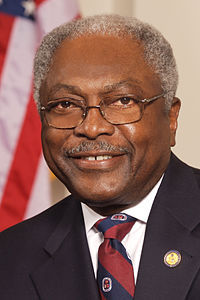 Today on Radioactivity we hear from Congressman James Clyburn who will be the keynote speaker this Saturday at the Hillsborough NAACP Freedom Fund Dinner at the Hilton in downtown Tampa.

Congressman James Clyburn is from Sumter, South Carolina, He was elected president of his NAACP youth chapter when he was 12 years old, helped organize many civil rights marches and demonstrations as a student leader at South Carolina State College, and even met his wife Emily in jail during one of his incarcerations.

When Clyburn came to Congress in 1993, he was elected co-President of his freshman class and quickly rose through leadership ranks. He was elected Chairman of the Congressional Black Caucus in 1999; in 2005 he was unanimously elected Chair of the Democratic Caucus. When Democrats regained the House majority in 2006, Congressman Clyburn was elevated by his colleagues to House Majority Whip. Now that Democrats are no longer in control of the House he is an assistant Democratic leader.