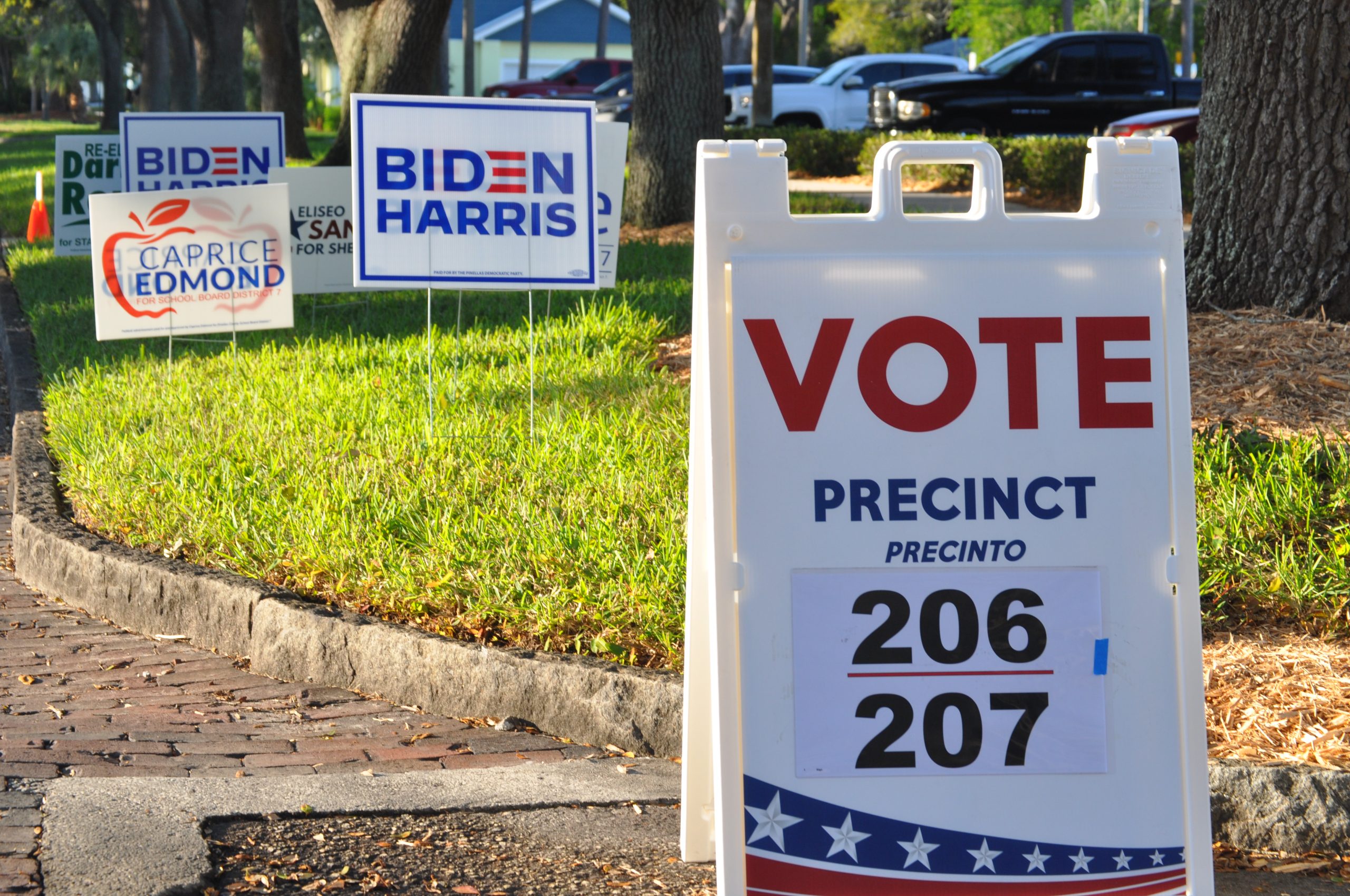 Saturday is a national day of action for groups pushing for, in their words, a “national celebration of the values underpinning our democracy: counting every vote, a peaceful transition of power, and putting and maintaining power in the hands of the people.”

There are events in Tampa and in St. Petersburg.

WMNF interviewed one of the organizers of the St. Pete CountOnUs rally, Brother John Muhammad with Organize Florida.

“The demonstration is called CountOnUs St. Pete. And the reason that we’re gathering is a part of a national mobilization to make sure that every vote is counted.

“We’ve organized here in Pinellas County and the State of Florida and we see the electoral process how it really played out. The state didn’t go the way that a lot of people in progressive circles wanted it to go.

“So even though the state didn’t go the way the progressive organizations that are a part of this coalition wanted, we want to be clear that we understand that there are other groups in other parts of the country who have organized just as hard as we have and have been just as diligent about making sure people send in their ballots and participate in the electoral process.

“We don’t want them to be discouraged or dissuaded by having the vote count stop and not having their votes actually counted.

“So we’ll be advocating and lifting up the message of counting every vote and then the second part of that work is not that there may be a change in government — it’s still to be determined — no one elected leader is going to be a savior for our communities.

“We’re not waiting for some superhero to wave a magic wand and make things better and so even if we can’t count on them, we can count on us.

“And so mobilizing communities to keep that same energy that we’ve had in the electoral process as we go into the 2021 legislative session. As we prepare for 2022 with the governor’s race and the senate seats and in St. Petersburg where I am, there will be a mayor’s race next year.

“So keeping that same energy and counting on ourselves to stay engaged. So if those who are in the circle with us, they know that they can count on us, and we have to know that we can count on us as well. That’s going to be the theme and the mantra.

“It’s going to be celebratory. Just acknowledging the accomplishments because we did get some wins down-ballot.

“We also are celebrating Amendment 2. A lot of us have worked for years on passing a living wage and getting $15 an hour so we want to celebrate and acknowledge that. While also understanding that just as we celebrated with Amendment 4, we saw what happened in the legislative session that followed.

Here’s where the 3:00 p.m. CountOnUs rallies are in St. Pete and Tampa: