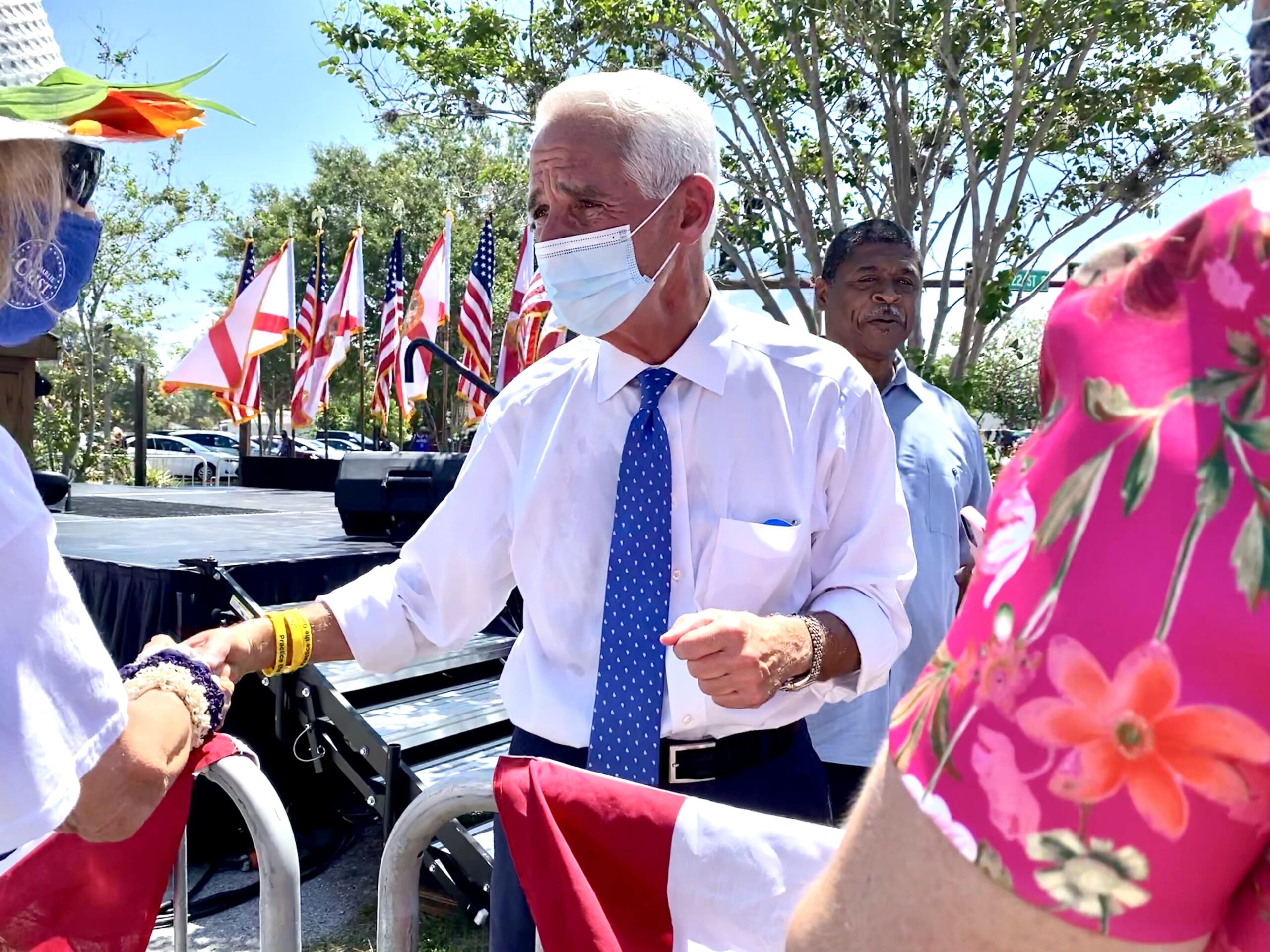 More than a decade after leaving the governor’s mansion, and the Republican party, Congressmember Charlie Crist Tuesday announced he’s looking to keep Gov. Ron DeSantis from a second term.

Crist made the announcement touting his new campaign slogan, “Florida for All.”

“I’m announcing today that I am running for governor to build a ‘Florida for All,’” Crist said. “To stop the division and hate, bring our state together, and finally open up opportunity for every Floridian.  Because you deserve jobs you can live on, housing you can afford and justice that’s equal. And that’s what I’ll fight for every single day.”

Crist served a single term as a Republican governor from 2006-2010 following stints as Attorney General and Education Commissioner. He then ran for U.S. Senate as an independent, losing to Marco Rubio. In 2014 he narrowly lost a bid as the Democratic nominee to unseat Rick Scott as Governor. In 2016 he won a Pinellas County congressional seat and was reelected in 2020.

Speaking to reporters after the event, Crist said he wanted to “do the most good.”

“I felt it in my heart,” Crist said. “I wanted to be where I could do the most good for the most people.”

First in the ring

“Any Democrat who wants to run should,” Crist said.

But with Democrats narrow congressional majority on the line in 2022, Fried said Crist should stay in Washington.

“It is a time when we need his voice and his vote up in Washington DC. His seat is one that only probably Charlie Crist can hold on to,” she said. “So, I’d really like to have encouraged him to stay in Congress. But, certainly today is Charlie’s day and I wish him the best of luck.”

Crist launched his campaign in one of St Pete’s historically Black neighborhoods. He said equity and racial justice will be top priorities, as well as a return to civility.

“We’ll treat those we disagree with today as our allies of tomorrow, not our enemies. There’s too little decency and civility in Florida’s politics today,” Crist said. “And changing that starts with changing the attitude at the top.”

Crist was highly critical of DeSantis’s leadership. He said the current Governor bungled handling the pandemic and supported legislation that furthered racial division like stricter voting laws and bills targeting protests. And rolled back gender equality with bans on transgender girls and women in sports.

In a rebuttal, DeSantis said he’s ready for Democratic challengers, especially those critical of his pandemic response.

“I implore them, from my political interests, to run on closing schools, run on locking people down, run on closing businesses,” DeSantis said. “I would love to have that debate.”