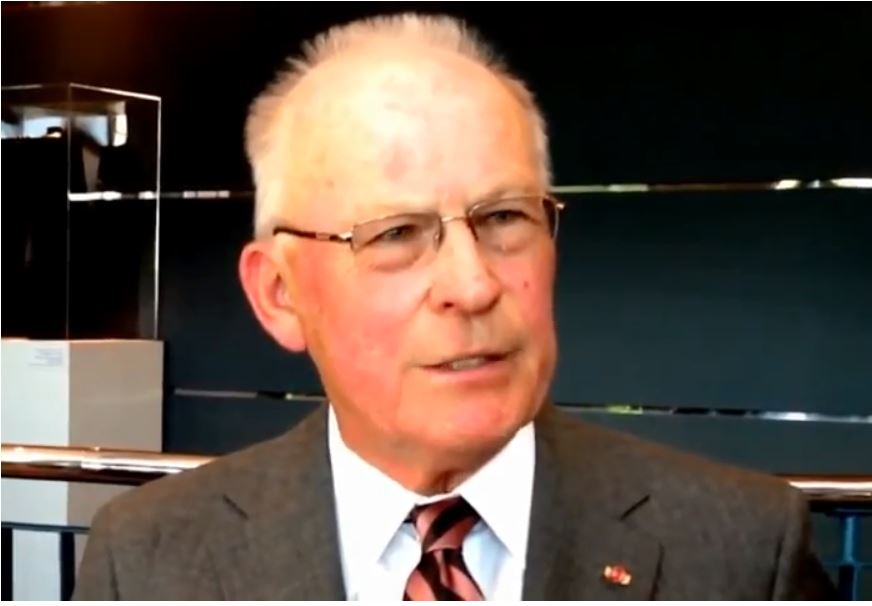 Philanthropist and former banker David Straz is one step closer to officially entering the race for Tampa mayor, announcing in a statement on Friday that he has registered as a Democrat.

The 75-year-old Straz has most recently been registered as a political independent, but previously had been a longtime Republican. He has given substantial campaign contributions to both Republicans and Democrats over the years.

“My decision is based on the fact that my core political philosophy, fiscal conservatism coupled with more progressive views on social issues, was more in line with the Democratic Party,” Straz said in a statement announcing he switched his registration.

As is the case in most large U.S. cities, the majority of registered voters in Tampa are Democrats. So is the city’s entire political leadership, led by Mayor Bob Buckhorn and the entire city council.

There is also the Trump factor. Straz immediately turned off some Democrats last year when it was revealed that he had voted for Donald Trump for president. While the axiom that “all politics is local” is a saw often invoked by political analysts, that adage hasn’t stood up in the current political climate.

Rick Baker’s campaign against Democrat Rick Kriseman for St. Petersburg Mayor was dragged down last year in part by Baker’s refusal to acknowledge whether he even voted for Trump for president in 2016. While the Kriseman campaign’s efforts to nationalize the election inflamed the editorial board of the Tampa Bay Times, the Democratic incumbent ultimately prevailed in the hard fought contest.

Straz’s interest in succeeding Buckhorn for mayor became official last fall, when he announced the formation of an exploratory committee, helmed by Tampa City Councilwoman Yolie Capin. He has also been endorsed by another council member, Frank Reddick, who has been his liaison to the black community.

Straz has kept a determinedly low profile since announcing his exploratory committee, refusing entreaties by local reporters to discuss his potential candidacy.

“What I’m doing right now is getting around to various constituencies around the community,” he told this reporter at a much publicized spaghetti dinner in West Tampa in December. “I’m listening to what they have to say and what their priorities are.”

Straz is currently is in the process of hiring advisors to his nascent campaign. His exploratory committee spent $8,000 last month with Fletcher Ridge, a Nashville based Democratic political consulting firm led by Bill Fletcher, who was seen in Tampa earlier this week. The Straz campaign is also spending money with The Kitchens Group to conduct a poll of Tampa voters.

Straz is not the only mayoral candidate in Tampa to change his political affiliation to Democrat in advance of the 2019 election. Former Police Chief Jane Castor, who announced her candidacy last week, changed her political registration from Republican to Democrat last year.