Home Blog News and Public Affairs Democratic freedoms are waning in US, according to watchdog group 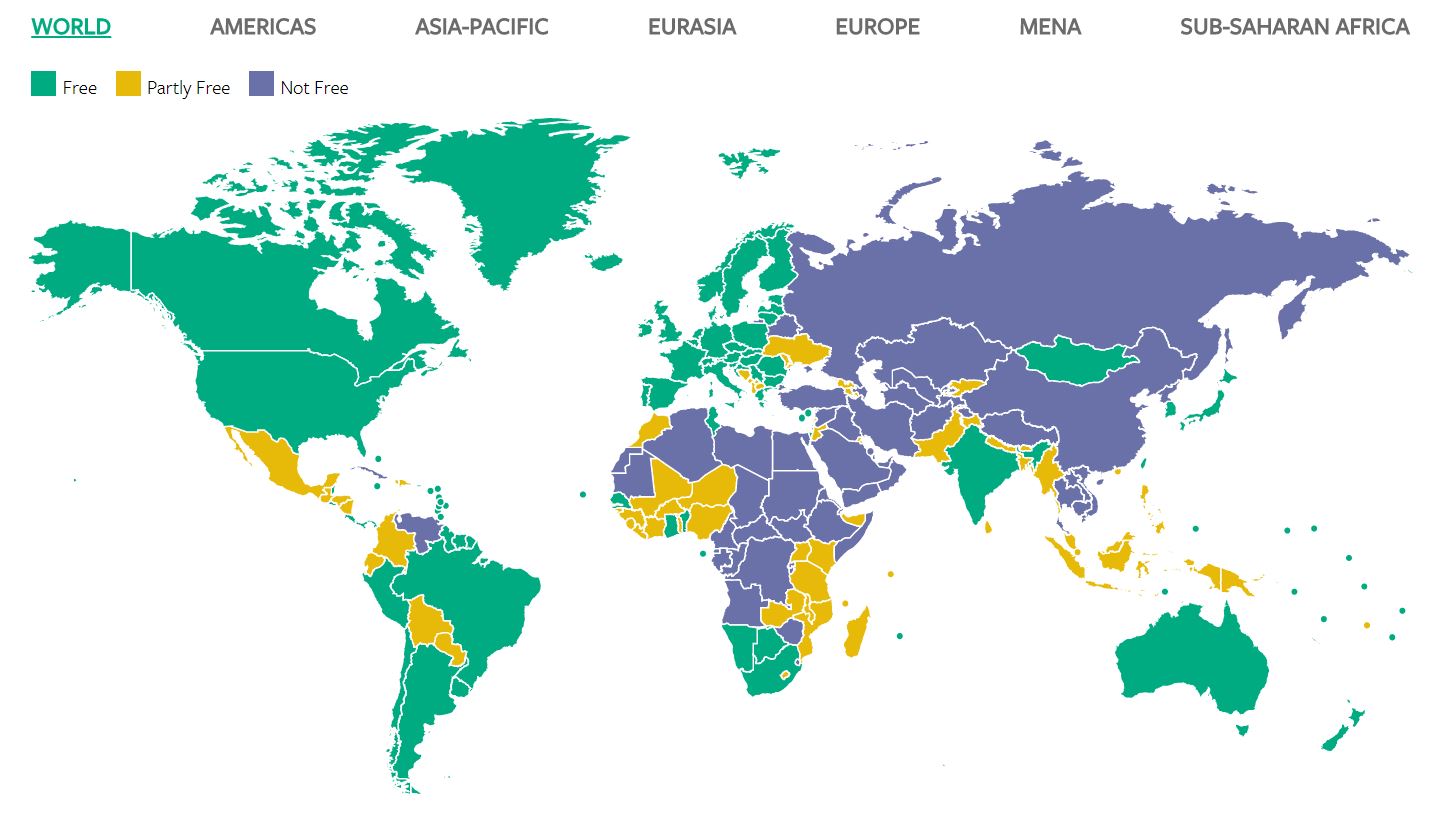 Watchdog says democratic freedoms waning in US under Trump

WASHINGTON (AP) — Basic rights and political freedoms in the United States are deteriorating at a faster pace under President Donald Trump, exacerbated by attacks on key institutions like the press and the courts, according to a new report released Tuesday by Freedom House.

In its annual global assessment, the think tank slammed the Trump administration for withdrawing from America’s “historical commitment to promoting and supporting democracy,” calling it perhaps the most striking on a “long list of troubling developments” around the world in 2017. The report criticizes Trump for making false statements, refusing to disclose his taxes and other information, violating basic ethical standards and taking insufficient steps to counter Russian meddling in the 2016 election.

Ohio Gov. John Kasich, a Republican who ran against Trump in the election, said he believed American institutions were strong enough to withstand attacks, but was concerned about Trump’s weak support for NATO, the Iran nuclear deal and other global alliances that serve as bulwarks against authoritarian governments. Previewing the report, Kasich said he was also worried that Trump’s frequent disparagement of the press and judiciary could send a signal to autocrats overseas that it’s OK to delegitimize those institutions in their own countries.

“I would hope that over time, the people who are around the president would make clear that words matter,” Kasich said on a conference call organized by Freedom House. “Sometimes when you’re frustrated, it makes sense to sit on your hands or keep your mouth shut.”

Freedom House, based in Washington, describes itself as a non-partisan watchdog group. Its annual report on the state of political freedoms examines countries around the world and has often focused on the decline of democracy abroad.

Its assessment of 2017 cites major setbacks in several countries, including a slide toward authoritarianism in Turkey and Hungary, internal repression in Russia and China, and an ethnic cleansing campaign in Myanmar against Rohingya Muslims. The report also notes the rise of right-wing populist parties that espouse anti-immigrant sentiments in France, Germany, Austria and the Netherlands.

Turkey, in particular, was called out for media restrictions, assaults on protesters and political parties, and its response more broadly to a failed coup attempt in 2016. Freedom House said Turkey had moved from its “partly free” designation to “not free.”

The State Department said it had taken note of Turkey’s diminished standing in the Freedom House report.

Yet some the toughest language in the report is reserved for the U.S, where Freedom House says democratic norms have been eroding for some time, but at a much faster pace under Trump. “In 2017 its core institutions were attacked by an administration that rejects established norms of ethical conduct across many fields of activity,” the report said.

Former Secretary of State Madeline Albright, a Trump critic, said the report highlighted how Trump has undermined America’s ability to demand that other countries improve their records on rights and freedoms. She said foreign leaders who come under U.S. criticism often look for opportunities to cry hypocrisy.

“We have been left open to not being a great example when our president is praising people who are taking authoritarian measures,” Albright said. “I do believe we’re an exceptional country, but exceptions can’t be made for us.“