Home Blog News and Public Affairs Elections Democratic state representative: Florida districts should be drawn by independent commission, even if it takes another amendment 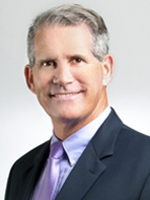 State Rep. Dwight Dudley (D-St. Petersburg) is proposing an independent, bipartisan redistricting commission to draw Florida’s new Congressional district lines instead of the Republican-controlled state legislature. It’s in response to Thursday’s ruling by the state Supreme Court that the boundaries drawn by legislators were unconstitutional because they favored incumbents and Republicans.

Dudley told WMNF there should be a new amendment to the constitution for the independent redistricting commission if the legislature won’t agree to it. Dudley also said he would considering running for Congress after the districts are redrawn.