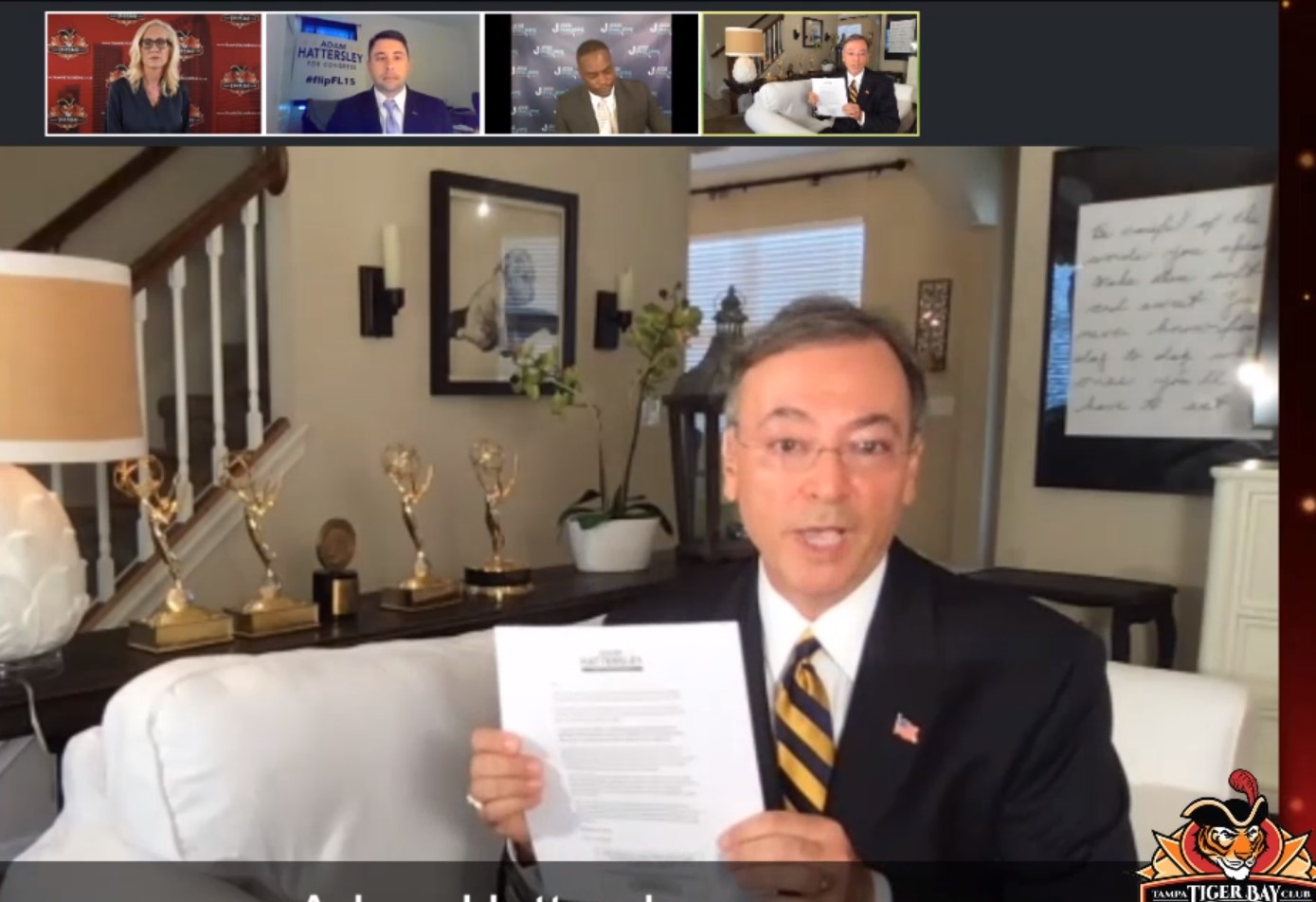 The candidates were asked about recent demonstrations and police violence.

State Representative Adam Hattersley said if he’s elected to Congress he’ll push for Sensitivity training and de-escalation training for police and making sure the police forces look more like the communities they serve.

One of his primary opponents, Alan Cohn, is a former journalist. Cohn says he went to a Black Lives Matter rally in Tampa last weekend.

The debate was hosted by the Tampa Tiger Bay Club.