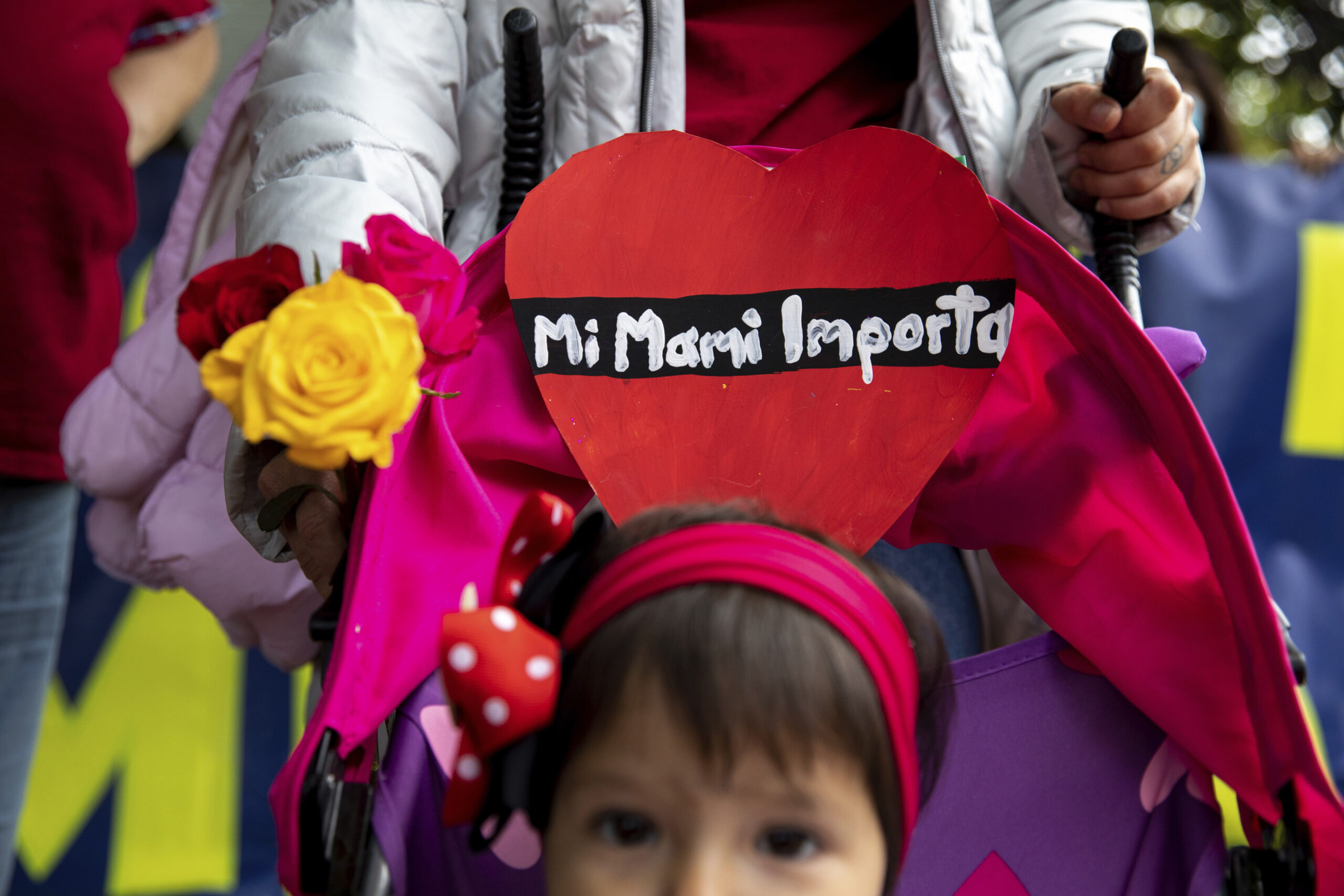 A Polk County woman who became the subject of a Netflix documentary after facing deportation has been reunited with her family. It took nearly three years for Angel Juarez to get home and she is still fighting for permanent status.

In Mexico, she had no one.

“I wanted to die,” Juarez said, breaking down. “I wanted to, wanted, I honestly thought that I wasn’t gonna be able to make it. The pain that I went through.”

Juarez was finally reunited with her family this past Saturday. Her struggle was captured on the Selena Gomez-produced docuseries Living Undocumented. Juarez was granted humanitarian parole. It’s a program that grants admission in the United States in cases of emergency, for humanitarian reasons or public benefit. But it’s only a temporary fix. It will expire in a year.

She’s been helped by Congressmember Darren Soto. A Democrat who represents Osceola County as well as parts of Orange and Polk counties. He fought the deportation order and pleaded with the Trump, then Biden administrations to get her back. One of Juarez’s daughters even read a letter at the 2020 Democratic National Convention.

Soto said she should’ve never have been forced to leave. Especially as the wife of a Marine. He’s pushing for legislation to grant her permanent status, including new immigration overhauls like President Joe Biden’s U.S. Citizenship Act and more.

“We’re also focused on more narrow efforts. Like the Protecting Patriot Spouses Act, which would allow for being a military spouse or a veteran spouse to be a consideration in immigration court.”

Juarez first came to the U.S. in 1998, shortly after she turned 18. Trouble crossing the border led her to sign paperwork forfeiting a chance at citizenship. She didn’t understand the document and the only other option was six months in a detention facility. Eventually she made it back to the U.S. illegally, but married Temo Juarez, an Iraq veteran, and settled in Davenport. Her two daughters were born in the U.S.

Things went smoothly until 2013 when a traffic infraction uncovered her immigration status. But she was allowed to stay and only required to complete periodic check-ins with customs enforcement. When Trump’s zero-tolerance policy toward immigration went into effect, she got a deportation notice.

“I was kicked out like I was some type of serial killer and rapist, a criminal,” she said.

Sunday was mother’s day. Her first back home in years. Juarez and her family kept it simple. She made her Mexican-American daughters a culture portmanteau of breakfast – chocolate chip pancakes and some chorizo with eggs. They prayed and went to lunch together.

Since she’s returned she’s done some cooking and cleaning. She’s trying to help her daughters with school work. But she doesn’t sleep much.

“I still can’t sleep since I found out that I was coming back. Because I feel like if I wake up it’s gonna be just a dream. So I can’t go to sleep. I need to be awake.”

Juarez is home, but her fight is far from over. She only has a year until her humanitarian parole expires. And if something doesn’t change before then, she doesn’t know if her family could survive. She said all she wants to do is build a happy home for her husband and raise her children to be good citizens.

“I can’t put my kids through the pain, through the scrutiny that they went through. This will be the end of my family,” Juarez said. “We can’t go through what we went through the last almost three years. It is inhumane, cruel and it should have never, ever happened to any American families. Especially military families.”