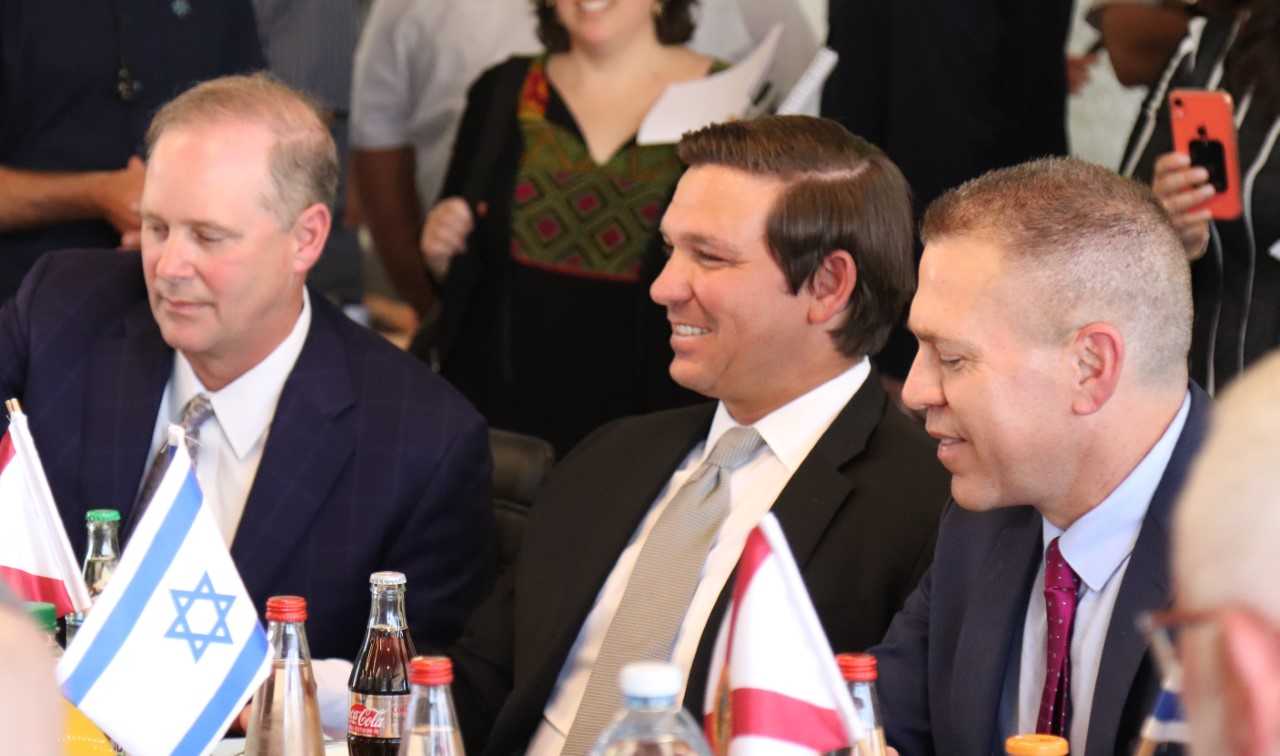 On Monday morning, Governor Ron DeSantis used debunked rumors and misinformation to justify his HB1 bill. DeSantis signed the bill into law while flanked by a group of law enforcement officials and Republican legislators at the Polk County Sheriff’s Office headquarters.

Depending on who you ask, HB1 is either an anti-riot bill or an anti-protest bill. Whatever your thoughts on it, HB1 is now the law of Florida’s land.

“It is the strongest anti-rioting, pro-law enforcement piece of legislation in the country,” DeSantis said.

And while that might be true, much of DeSantis’s statement justifying the bill was less-than so.

“I mean you think about it. We saw images of people just sitting outside eating at a restaurant. Then you have this crazed mob circle around them and start screaming and really intimidating,” he said. “I’m sorry that’s unacceptable. You’re gonna be held accountable. Mind your own business and leave people alone if they’re not bothering you.”

But the folks DeSantis is referring to were bothering protesters. DeSantis was talking about a video tweeted by a Tampa Bay Times reporter that showed a heated exchange between marchers in St. Pete and a man and woman sitting outside at a restaurant. The video showed only part of the exchange and quickly went viral. Right wing pundits used it to cast the Black Lives Matter movement as violent and confrontational.

But extended video from the night shows the diners yelling anti-Semitic slurs, cursing at the marchers and displaying some rude hand gestures. The man who approached them was a Rabbi. Deja Denise Sherrod witnessed the incident.

“We wanted them to hear our message, and this is something that we’ve done countless times,” Sherrod said. “What one of our demonstrators did was walk up to them to have a civil conversation since they clearly were not getting the message.”

It was shortly after the video racked up millions of views and earned a few spots on Fox News that DeSantis announced he’d be pushing for the legislation.

HB1’s signing creates the “mob intimidation” misdemeanor which states any two or more people attempting to coerce someone to “assume, abandon, or maintain a particular viewpoint against his or her will” is guilty of mob intimidation.

The bill also penalizes local governments who might “defund the police.”

“So this bill actually prevents against local governments defunding law enforcement,” DeSantis said. “We’ll be able to stop it at the state level and if you look at some of these places that’ve done this, they’ve already seen crime go up. Even just diverting some of the funding to this. So it’s an insane theory. It’s not gonna be allowed to ever carry the day in the state of Florida.”

That’s also not entirely true. After last summer’s civil unrest, many U.S. cities, including St. Petersburg, opted to divert some police funding or grant opportunities in order to create outreach programs and have mental health professionals respond to non-violent emergencies instead of police.

There has been no reported evidence linking spikes in crime to reductions in police budgets. There is, however, evidence to the contrary.

In 1989 Eugene, Ore. Started the CAHOOTS program. It, too, offers non-law enforcement mental health and crisis intervention for non-violent 911 calls. The program gets about 24,000 calls a year and has a budget of about $2 million. That $2 million saves the city $8.5 million in public safety costs and 14 million in emergency room and hospital visits.

CAHOOTS has been so successful it’s being floated as a model for programs in other cities. Activists with Black Lives Matter Pasco have met with city leaders in New Port Richey to discuss bringing a CAHOOTS type program to the city. But the signing of HB1 could prevent it from becoming a reality.

Commissioner of Agriculture Nikki Fried spoke at a news conference in Tallahassee Monday. She said the HB1 is an attack of First Amendment freedoms that can be a dangerous tool to silence political opposition.

“And today, Governor, you’ve made it more difficult for the people in our state who want to stand up against injustice and make changes to society,” Fried said. “We all would not be here today if it wasn’t for our forefathers and people that stood beforehand protesting. Standing up against injustice.”

Democrats and civil rights organizations have already indicated they will challenge HB1’s constitutionality in court.