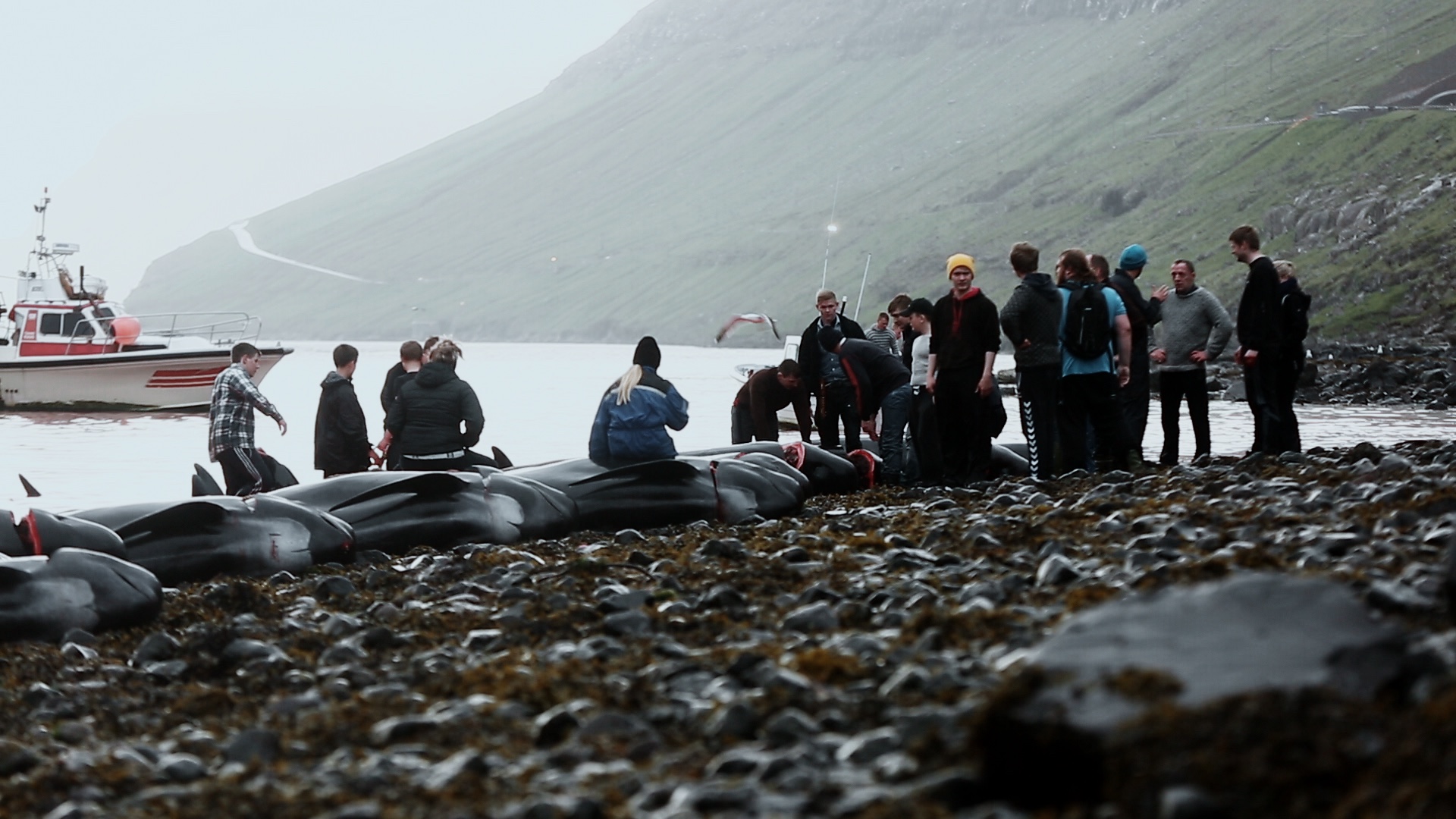 Vincent Kelner—writer-director of “A Taste of Whale,” a documentary examining the “grind,” Faroe Islanders’ ritual slaughter of pilot whales, but it’s an intricate film with a lot more on its mind than that—addresses, in a “Talking Animals” interview, the question that I customarily ask documentary filmmakers: What was it about this subject matter that he found so compelling he was willing to devote several years of his life to making a movie about it?

Turns out, first of all, that Kelner says he spent eight years working on “A Taste of Whale,” and came to the project initially from the angle of Sea Shepherd Conservation Society: His wife is a member of the
organization, which was planning to deploy a battalion of activists, boats, and other equipment to the Faroes to disrupt the grind.

So, initially, the film appears to be establishing a conflict between the Faroes’ traditional practice—which is viewed as barbaric by some, but has been carried out for centuries—and a veteran, high-profile group aiming to at least protest, if not halt, the grind. But, Kelner explains, after spending more and more time in the Faroes, and witnessing the grind multiple time, his perspective shifted and, not coincidentally, the stance of the film widened out.

As such, the black-and-white, Faroes-vs-Sea Shepherd duality forged early on in “A Taste of Whale” dissolves into various shades of grey. For example, the locals, while objecting, sometimes vehemently, to being characterized as “barbarians,” can also be quite reasonable, even magnanimous, about the criticisms. The film features a scene in which one local concedes that many of the activists’ past criticism about the methods used in the slaughters were fair and accurate.

Another key issue that emerges as the film unspools—as the interview does, too—is acknowledging the pilot whale hunt as a means to provide people with meat, a more visible means but otherwise no different, really, than producing meat behind the closed doors of a slaughterhouse. Indeed, there’s a lot to chew on in the doc (which opened May 27 in theaters and on Amazon and Apple TV) and in this conversation.