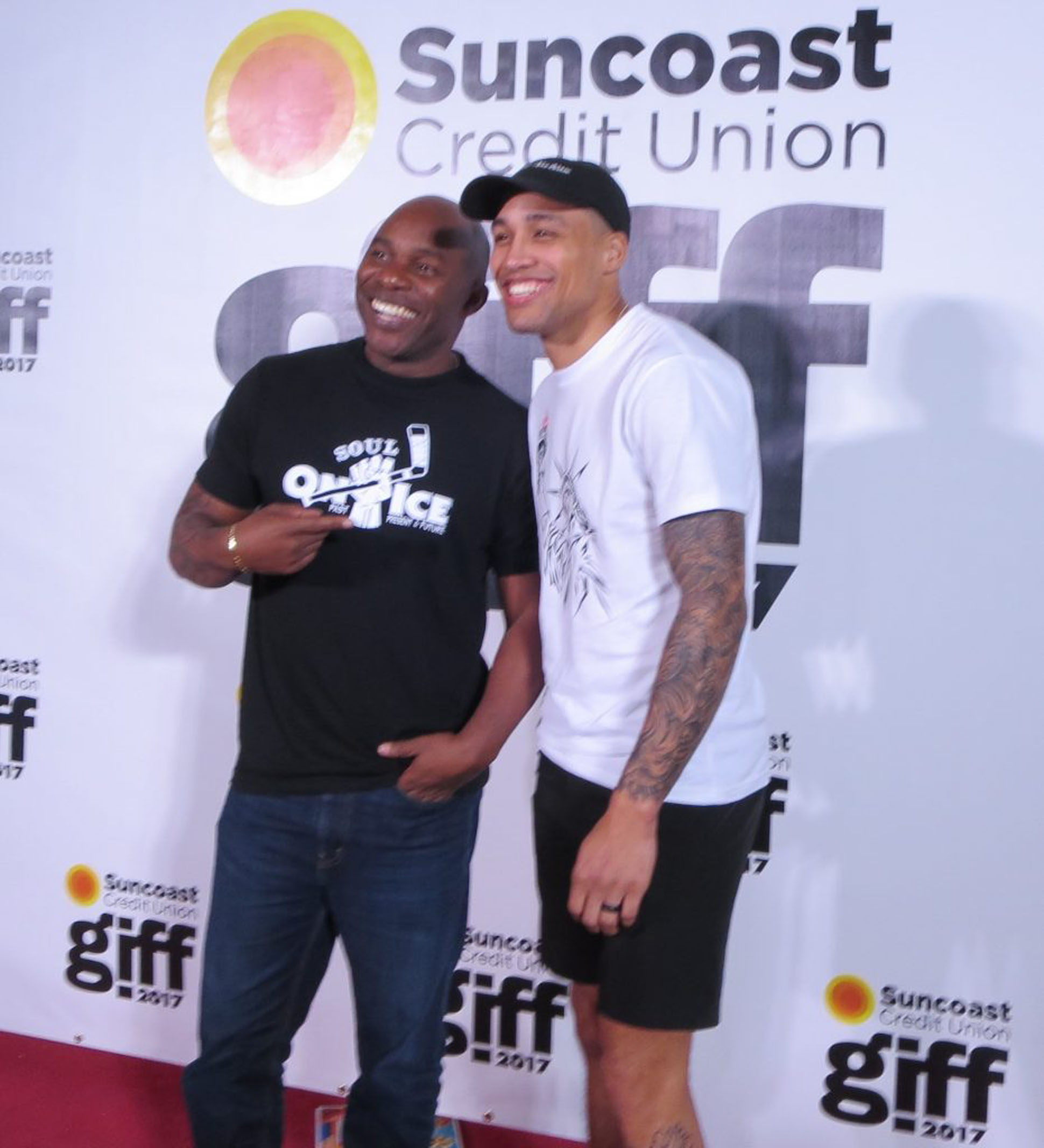 A new Canadian documentary looks at the history of black athletes in ice hockey. The film, Soul on Ice: Past, Present and Future, by Kwame Mason, made its Tampa premiere last night in Ybor City at the Gasparilla International Film Festival.

A full capacity theater of nearly 200, heard Kwame Mason explain the difficult 3 years it took to make the film; his first ever. He was tearful recalling a conversation with his mother before she passed away to cancer. She encouraged him to complete the film. His fascination with the Negro Hockey league in Canada motivated his research for the film. Mason said a take away from the film is the function of role models for aspiring hockey players of color.

“(They) have that also have that responsibility. Because there’s that kid in some small town, that’s the only one. And he wants to make it to the NHL or go as far as he possibly can. Sometimes the road’s a little difficult. For guys like J.T. Brown it’s great for them to be able to show these kids, that; you know what?; just dig deep and you’re not alone. You may be going through things but we went through things as well. Here’s how we got through them.”

The film examines trailblazing icons and current Black hockey players. It also suggests that within 10 years there could be an all black starting roster for an NHL team. J.T. Brown, an African-American hockey player with the Tampa Bay Lightning, and his wife were both in attendance. Brown grew up in the hockey state of Minnesota. Brown said he lives and breathes hockey but this film opened his eyes.

“to see through another person’s perspective; through his movie. To be able to see the stories that haven’t been told. Considering; I feel like I have been around for a while. I’ve been playing this game for quite a long time. But there are stories that Kwame (Mason) told that I had never heard of.”

The documentary, Soul on Ice: Past, Present and Future, can be found on internet streaming services.