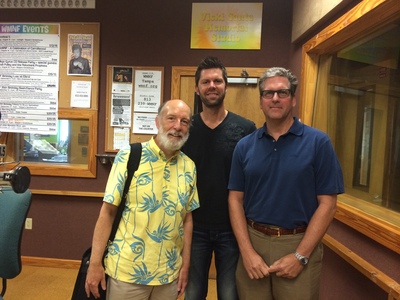 Today on Radioactivity Rob Lorei speaks with Randal O’Toole, Senior Fellow National Public Policy Analyst from Cato Institute, a libertarian public policy research organization based in Washington DC and Kyle Parks who is the Communications Director for the Yes on Greenlight campaign, the campaign supporting the Greenlight Pinellas transit referendum.

No Tax For Tracks– the group opposed to light rail in Pinellas County issued a new poll yesterday showing that by a huge margin Greenlight Pinellas would lose today if it were on the ballot. The Greenlight proposal would raise the sales tax by one cent in Pinellas County to pay for increased bus service and a 24 mile light rail line linking Clearwater to St. Petersburg.

The automated poll conducted by St. Pete Polls found Greenlight losing 36% to 48%. 16% were unsure. The survey did not take into account cell phone users.

Greenlight Pinellas will be on the ballot November 2nd.

One way to spread that message is with musician, Darryl MacQuarrie, who composed a “No Tax for Tracks Ballad”, a three minute country-themed song to help deliver this message in a way that can be enjoyable for the public to understand.