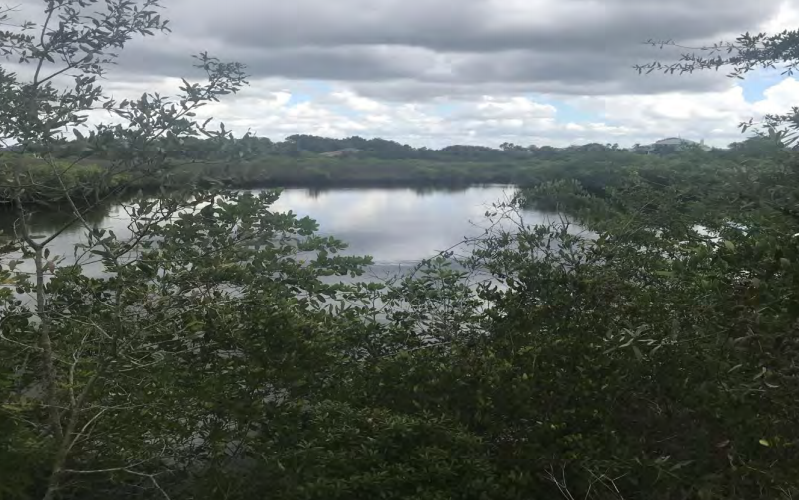 The same group that fought Walmart from developing land along the Anclote River in Tarpon Springs has taken up the cause again. More than 10 years after beating back the big-box giant, environmental advocates are trying to keep a 74-acre residential community from going up at the same site.

“I want to express some concern. I know there’s gonna be a large amount of public comment on this item,” Vice-Mayor Jacob Karr said. “I know the applicant wants to make sure they get everything they have to present I’m not interested in going past 12:15.”

The last piece of perfect nature in Pinellas

Chris Hrabovsky was there in 2005. Residents packed a marathon meeting hoping to block Walmart.

“They didn’t want to stay 12 hours like we did 15 years ago. So now we have a chance to get our people organized.”

Houston-based developer the Morgan Group wants to buy the land from Walmart, which still owns it. Sitting along U.S. 19 North and the winding Anclote River, the site contains more than 21 acres of wetlands and 14 acres of uplands. There’s a live oak habitat, multiple bald eagle nests and a number of gopher tortoises.

Bald Eagles and gopher tortoises are classified as threatened species.

According to the U.S. Fish and Wildlife Service, Florida has lost nearly half of its more than 20 million acres of wetlands since settlement began in the 1800s. On its website, the Department of Agriculture said “population growth threatens what remains.” It said wetlands work hard for the environment, cleaning pollutants from water, storing it and controlling flooding as well as being home to rare plants and animals that live exclusively in those habitats.

Hrabovsky said that’s why he fights so hard.

“It’s the last piece of perfect nature in Pinellas County,” he said. “It has the river, it has eagles, lots of wetlands, trees. This would make a beautiful park.”

And, he said that’s what his groups, Friends of the Anclote River and Save Tarpon Springs hope to do. He’s organizing a meeting in the city to inform residents and will be going door-to-door in the city before the next meeting, which will be held on Jan. 7.

“Wearing masks, standing from the door,” he said. If they want to hear and be educated about what’s going on, our volunteers will do so. If not, we’ll hand them a flyer.”

During the Tuesday meeting, city planning director Renea Vincent said the planning board recommended approving rezoning the land from a business to residential designation to move the project along. In its current state, the plan would affect about one acre of wetlands. But that takes into account only having one entrance. Projects this size usually require two. The city’s fire department said one would be sufficient.

However, there’s a proposed future entrance along the east side of the development connecting it to Hayes Drive. Vincent said the cost and environmental impact is unknown.

“You can clearly see that to make the connection from their site, their parking lot, you’re gonna have to cross what’s identified as significant upland habitat as well as wetlands that you just really can’t avoid,” she said. “There would definitely be impacts. The magnitude of them, can’t really speak to it a hundred percent.”

The activist, Hrabovsky, hopes commissioners won’t approve the project like they did with Walmart. But he’s willing again to go to court if he has to. He and members of the Friends of Anclote locked development up in court until the retailer abandoned its plans and put the land up for sale.

He said if Walmart’s deep pockets couldn’t handle the legal costs and pressures, this developer won’t either.

“That’s exactly what I’m saying,” Hrabovsky said. “They’re gonna get it even worse because now we’ve got a whole new crew of people that recently moved into Tarpon that would like to see that preserved. So we got the old guard and we got the new guard.”

The hearing, including presentation from the developer, public comment and an expected vote from commissioners will be held at 6 p.m. on Thursday, Jan. 7, 2021 in Tarpon Springs.