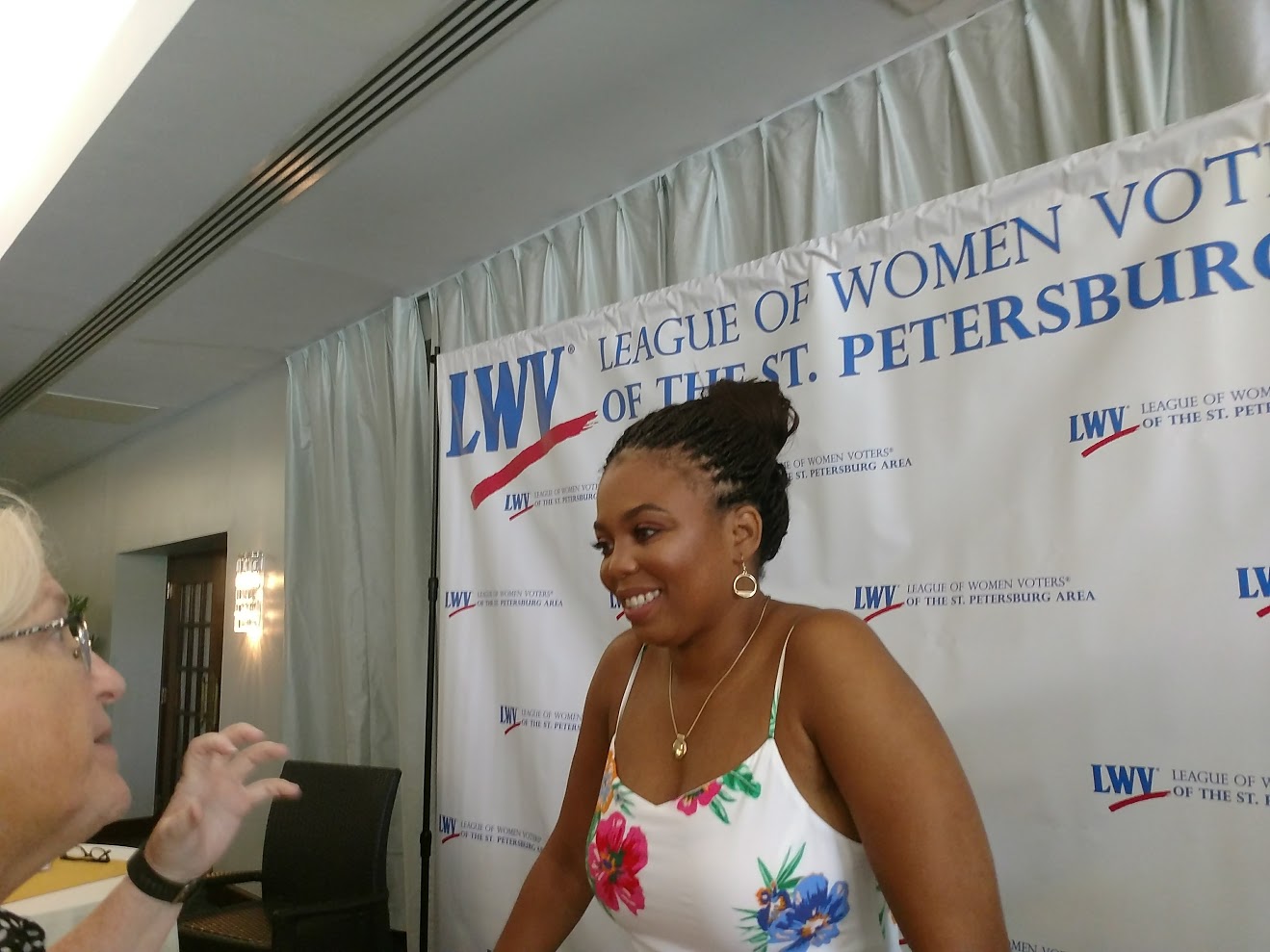 ESPN’s Jemele Hill says the news business has changed dramatically since she first got into the industry in the late 1990’s, with the most significant difference being that instead of getting the news to inform themselves, many people are now doing it simply to confirm a lot of their own truths, a change that she says is dangerous.

The veteran sports reporter added that the advent of social media and citizen-journalists has been a mixed bag, decrying how some Facebook memes can sometimes carry more credibility than a fact-filled story, but applauding the fact that a regular citizen’s viral video of two black men being arrested at a Philadelphia Starbucks last week led to the coffee giant now preparing to host a “racial-bias” training for all of their employees next month.

A respected journalist for nearly a decade before she joined the “world-wide leader in sports” in 2006, the Detroit native’s career went into a different stratosphere last year when she stoked controversy by calling out President Donald Trump as a “white supremacist,” “a bigot’ and “unqualified and unfit to be president” in a series of tweets. Those statements prompted ESPN management to temporarily suspend her, and led to a call from the White House for her to be fired. She ultimately left her job co-anchoring the sports network’s reworked 6 p.m. “SportsCenter” earlier this year to work full-time for ESPN’s The Undefeated website.

Hill says that she doesn’t have many regrets about how that controversy played out, and says part of the upside from the blow-up is that she has now more invitations to interact with the public, such as being invited to speak in St. Pete by the LWV.

“I was okay with whatever was going to happen,” she now says about her public actions criticizing the president. “Because I felt like eventually I would be on the right side of history.”

She acknowledged that unlike others, she enjoyed the benefit of having been a seasoned reporter with over 20 years experience when she became embroiled in the controversy last year, and admitted that she probably wouldn’t have sent such tweets if she was just beginning her career.

In her opening remarks, Hill rejected assertions that she is an “advocacy journalist,” saying she believes that a reporter has to be an advocate for truth and accuracy, even if it brings about information that conflicts with one’s one worldview. But with the theme of the luncheon being a “celebration of civic engagement and using your voice,” she had plenty to say about the role of activism in sports and society.

Although sports have always been inherently political, Hill credits the new level of social activism in sports to two athletes in particular – the Cleveland Cavaliers’ LeBron James and of course, former San Francisco 49ers quarterback Colin Kaepernick, whose decision to begin kneeling during the national anthem during the 2016 NFL season made him a national figure as well as a pariah with NFL owners, who have steadfastly refused to hire him over the past two years while hiring other backup quarterbacks with less impressive resumes.

Kaepernick’s protest of the anthem was his way of making a statement about inequality and social justice, specifically rooted to the incidents of law enforcement killing black men. It ignited a furious backlash, with critics calling him unpatriotic and anti-police. Hill disputes the notion that Kaepernick’s activism is even political.

“Racism to me is not politics. That’s what Colin Kaepernick is protesting. Maybe if somebody has a different definition, feel free to share it, but when you talk about something being political, there’s an inherent understanding that it ends in two sides. What’s the pro-racist side?”

While undoubtedly some conservatives have stopped watching the NFL to register their disapproval of other NFL players refusing to stand during the playing of the anthem, Hill dismisses the notion that singlehandedly that’s the reason why pro football’s television ratings have taken a noticeable dip in recent years. She says attention must be paid to the fact that people in general  aren’t watching as much network television, and thinks there’s a serious case of the product being oversaturated, with games now airing on Thursday, Sunday, Monday and sometimes Saturday nights, to go along with the traditional Sunday afternoons in the fall.

She called it a “dog-whistle” to accuse the NFL to be too political, and repeated her earlier comment that some critics simply want their emotions to be facts.

She advised athletes and anyone else who wants to become socially active to make sure they know what they’re talking about, specifically referring in one case to Tampa Bay Bucs wide receiver Mike Evans.

Evans opted not to stand up for the national anthem in Tampa in team’s first home game after Trump’s election in November of 2016, a decision which ignited a fierce storm of criticism, led by former state Senator Jack Latvala. Days later, Evans backed down, and said he wouldn’t do it again.

“It really undermines the people who have a detailed list of reasons why they’re doing it,” she said.

When asked if she had a message to activists, Hill referred to how local actions can have a much more powerful impact on society often than trying to make change on a national level. She then referred to how there had been a disturbing number of sexual assaults affecting members of her family that led to her working with a federal prosecutor in Wayne County, Michigan in 2015 to raise money to clear the list of over 11,000 forgotten rape kits found in a Detroit police storage locker.

“You don’t have to start some national campaign or that you have to have a million followers on Twitter or hundreds of thousands of followers on Instagram,” she said, referring to her own social media following. “That you can do something as simple as read a book to a kid in a library once a week and that could have a dramatic impact on somebody’s life. So that’s why I say whatever level of community engagement that you want to do, give it wherever you are.”