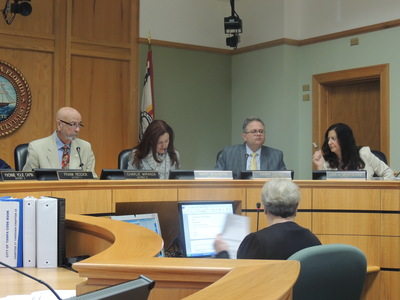 “If you were trying to go North/South and you were between I-275 and Hillsborough River, you could not pass. Florida Avenue became totally impassable unless you had a big rig. Central Avenue became impassable. So did Highland and Ola. You could not get across. The water came – there’s a Laundromat and if you look at the leaf-line it’s about half way up their yard. People were cutting through the neighborhoods and finally just waited it out until it went down.”

The flooding event got Tampa City Council on its feet to make sure it doesn’t happen again. They asked the department of public works to talk about what happened and how it can be avoided the next time the sky breaks loose. Irvin Lee, director of that department, all but called the flooding a fluke.

“The rainfall that we received from that system resulted in what was classified as a 100 year storm. So, essentially there was a 1% chance of that amount of rainfall occurring in that period of time in this particular location.”

But the argument he made – that such a storm is unlikely to occur again anytime soon – doesn’t sit well with city council member Mary Mulhern. She uttered the words Lee wouldn’t – climate change.

“In South Florida they’re already experiencing more ongoing problems with flooding and saltwater intrusion and their roads being flooded. We need to start doing that. We are going to be seeing more of this because extreme weather events of all kinds are happening all over the world.”

A recent White House climate report lists the Tampa Bay area as one of the most at-risk regions for rising seas and increased flooding. Another city council member, Lisa Montelione, agreed the storm wasn’t a freak incident.

Council members will hear back from public works at a workshop on October 23. They’ll also get reports from SWFWMD and the National Oceanic and Atmospheric Administration. They also asked Sonya Little who oversees the city’s budget to come back with ways the city can boost revenue, including looking for more grants. Right now the city takes in a little more than $6 million dollars through stormwater fees.

“Of that amount, $4.9 million roughly goes to right of way in which paving and street sweeping are a part of our stormwater system on the operating side.”