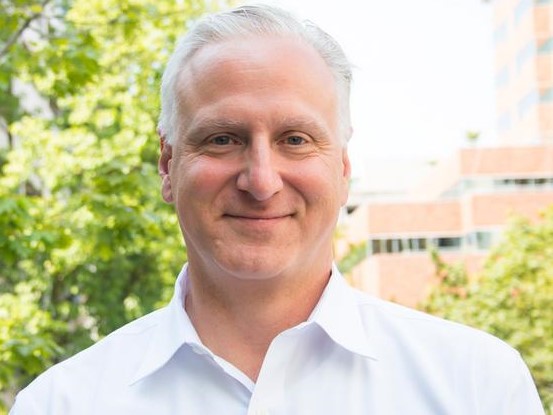 Our guest today Mark Katches, the executive editor at the Tampa Bay Times. He’s been on the job since the end of August.

Katches most recently worked at the Oregonian in Portland—Oregon’s largest newspaper.

He previously was editorial director at the Center for Investigative Reporting in California. While there he teamed up with the Tampa Bay Times and CNN in 2013 to produce a project called “America’s Worst Charities”.

He’s worked at several other newspapers including the Orange County Register, The Los Angeles Daily News and The Peninsula Times Tribune in Palo Alto.

Mark Katches earned a BA in journalism from San Jose State University, and a diploma in social sciences from Flinders University in Adelaide, Australia.

Newsroom employment in the U.S. dropped by 25% over the past decade. With total employment In 2008, about 114,000 newsroom employees – reporters, editors, photographers and videographers – worked in five industries that produce news: newspaper, radio, broadcast television, cable and “other information services” (the best match for digital-native news publishers). By 2018, that number had declined to about 86,000, a loss of about 28,000 jobs.

The greatest decline in newsroom employment has occurred at newspapers.