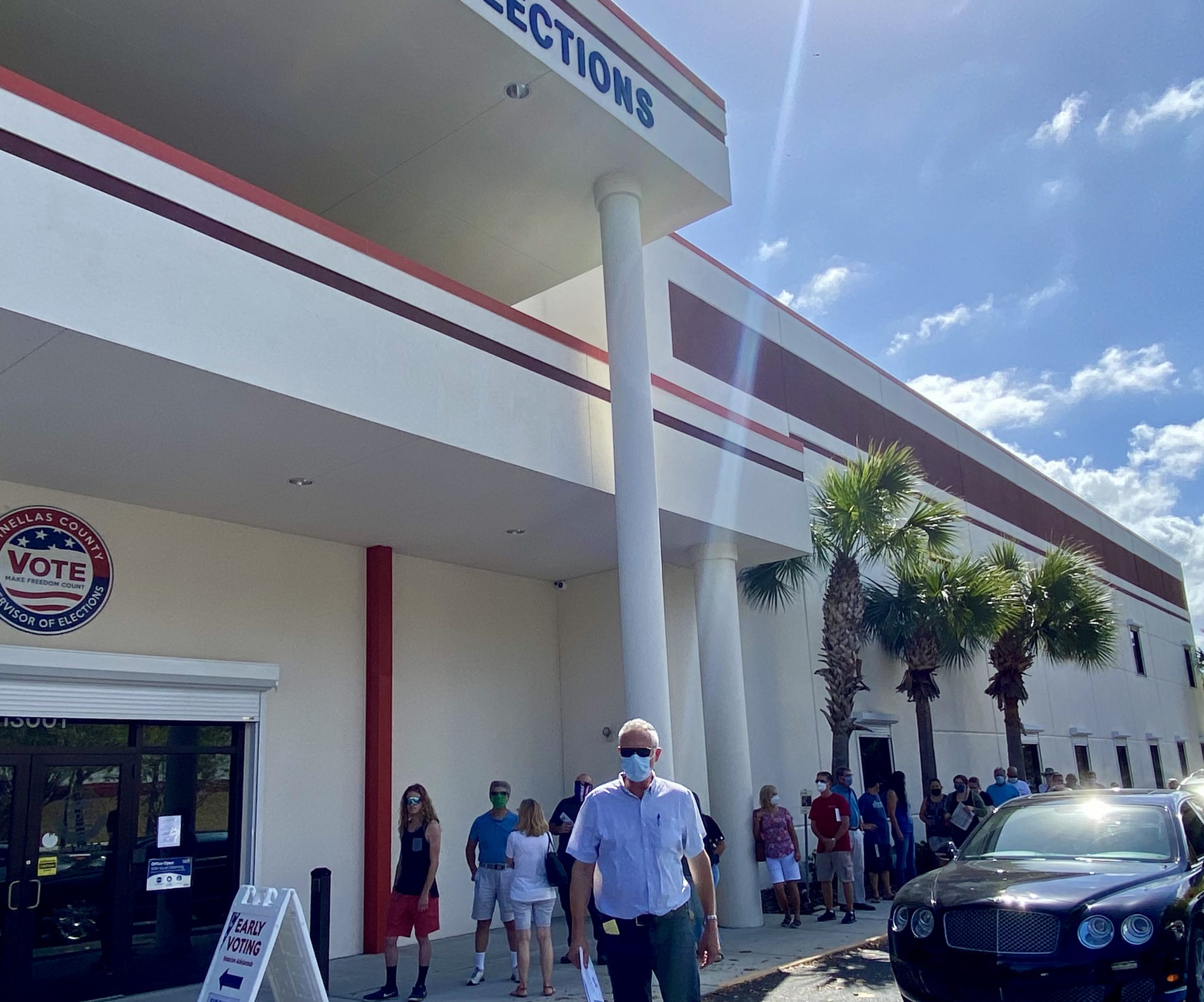 Election experts say it’s highly unlikely that the results of the Presidential Election will be known on Nov. 3.

Experts told reporters vote count deadlines extend well beyond Election Day. Taking the time allowed to make sure every vote is counted means the process is working, especially in battleground states like Florida.

Rumors of the demise of American Democracy have been greatly exaggerated.

At least, that’s what Barry Richard told reporters Thursday. Richards represented George W. Bush during the 2000 Florida recount litigation. He said despite President Donald Trump’s insistence that not having a decision on Election Night signals a rigged system, it actually means the system is working exactly the way it should.

“We just need to let the system run out because it works,” he said. “Even though Trump has done his best to convince people that the system does not have integrity, I think most Americans truly believe that it does. It will work itself out and we will have a president once it’s over.”

Florida is one of many battleground states being closely watched leading up to the election. Supervisors of Elections across the state have warned that misinformation, not any kind of voter fraud, is the biggest challenge to the 2020 election results.

“As the presidential election approaches, polling indicates that voters across party lines fear that it may bring about unprecedented chaos disruption and discord,” Olena said.

Olena said having a better understanding of the election process is crucial to voters having confidence in the system amid unrealistic expectations.

Each state has its own timeline on how to conduct mail-in voting and early voting. Florida has already begun both with more Democrats voting so far, thanks to the strength of mail-in ballot returns. Republicans, however, have out-voted democrats in the first four days of in-person voting.

Florida’s mail-in ballots can be sorted and processed before Election Day. Results can’t be released until polls close across the state. That includes the parts of Florida in a different time zone.

“Everything is unofficial after election night until we get to that final certification on Nov. 15,” Cowles said. “In that period of time there are ballots that could change the results.”

Any legal challenges would have to be settled by Dec. 8 for what’s known as the Safe Harbor deadline for all states and the Electoral College votes are cast on Dec. 15.

The process is slow and deliberate. Florida’s 29 electoral votes are crucial to each candidate and ensuring an accurate count takes time.

Richard said delayed results are a good thing. He said voters across the country should count on and trust in election officials. Adding the idea of fraud is a baseless construct of President Trump. Division among the states and their counties safeguards voting.