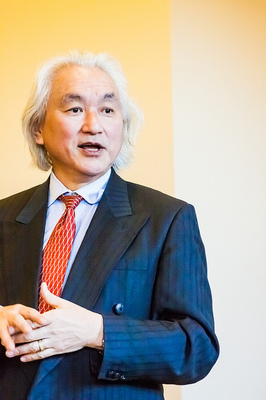 Today Radioactivity airs an episode of Exploration from New York City’s WBAI public radio station and hosted by theoretical physicist and co-founder of “String theory” Dr. Michio Kaku. The program touches on scientific topic such as astrophysics, technology, recent scientific advances and topics from science fiction such as the future of time travel and extra-terrestrial life.

Dr. Kaku talks with James C. Oskins and Michael H. Maggelet, both who are retired from the U.S. nuclear weapons program, and the secret history of nuclear weapons accidents. Weapons have been accidently dropped domestically and abroad in several incidents, including two bombs dropped on Goldsboro,North Carolina last year that fortunately did not detonate. Oskins and Maggelet have written a book about nuclear mishaps by the U.S. titled Broken Arrow:The Declassified History of U.S. Nuclear Weapons Accidents.

Dr.Kaku then speaks with author and peace activist Micheal Moore, author of Twilight War: The Folly of U.S. Space Dominance. Moore addresses the U.S. militarization of space and the possibilities of future “Star Wars” as nations continuously consider space to be a military asset.