Home Blog News and Public Affairs To What Extent Are Trump Administration Policies Making the World a More Dangerous Place? An interview with Col. Lawrence Wilkerson 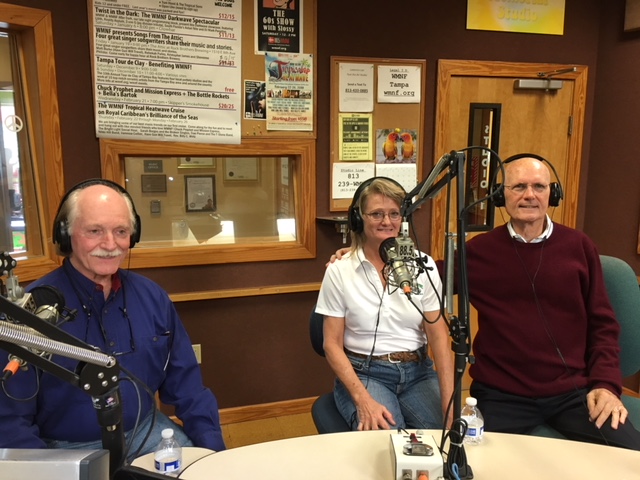 Good morning, welcome to Radioactivity. I’m Rob Lorei. Coming up— the US is involved in several current wars around the world—and the on the brink of war in other areas—including the Korean Peninsula. We’re going to talk about a range of dangerous situations around the world. And to what extent are policies coming out of Washington helping or hurting to make the world a safer place?

Today we’re going to talk with Retired Colonel Lawrence Wilkerson who worked in the Bush Administration under Secretary of State Colin Powell. He’ll be speaking in Sarasota in a few days. And later we’ll talk with members of the group Florida Veterans for Common Sense which is bringing Col. Wilkerson to the area.

But first one listener comment about yesterday’s program; yesterday we discussed a bill in Tallahassee that would require that the words “In God We Trust” be prominently displayed in every public school in the state.

Col. Lawrence Wilkerson (USA Ret.). Wilkerson is the Distinguished Visiting Professor of Government and Public Policy at the College of William & Mary. He previously taught for six year in the University Honors Program at the George Washing University in Washington, DC. He holds an advanced degree in International Relations and another in National Security Studies.

Wilkerson served 31 years in the U.S. Army and is a Vietnam Veteran. Some career highlights are service as the Director of the U.S. Marine Corps War College at Quantico, Virginia and special assistant to Chairman of the Joint Chiefs of Staff, Colin Powell.

Wilkerson has spoken to groups all across America including the United States Congress. He has written extensively on military and national security affairs, and has been published in a number of professional journals such as the Naval Institutes’ Proceedings, and The Naval War College Review as well as in newspapers and magazines. He has appeared on television with Stephen Colbert, Bill Maher, Rachel Maddow, and many others as well as in documentaries such Alex Gibney’s “Taxi to the Dark Side” and Charles Ferguson’s “No End in Sight.”

Dennis Plews who is a Vietnam veteran and attorney.

FMI:
Tickets are $75 and can be purchased on Eventbrite: https://www.eventbrite.com/e/thomas-paine-birthday-celebration-tickets-41576754191