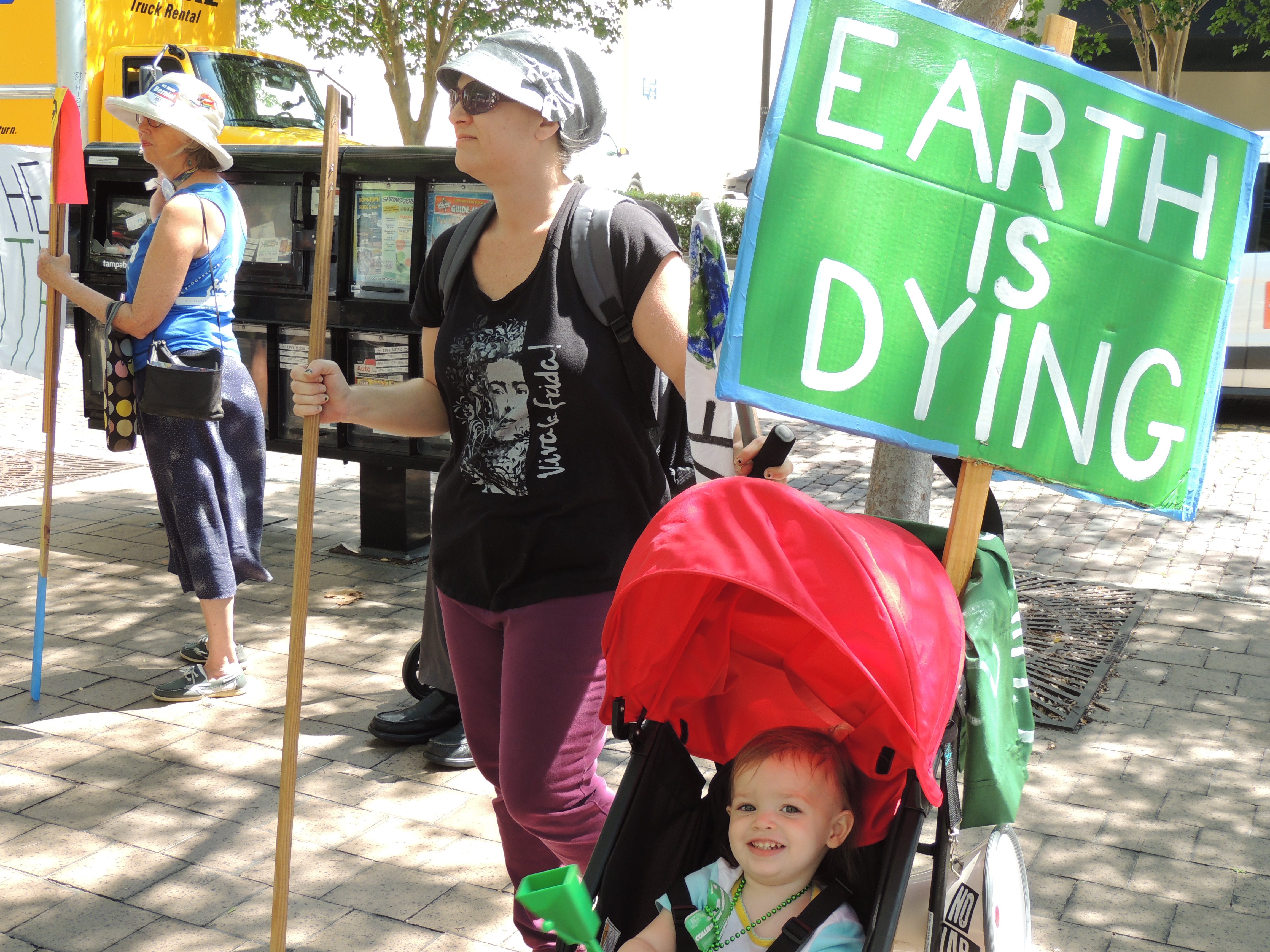 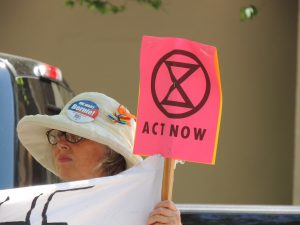 The global Extinction Rebellion actions are taking root in the Tampa Bay area as well. There are series of events this week around the area to call attention to the crisis of runaway climate change.

On Thursday morning about fifteen members of Extinction Rebellion held what they called a ‘noise rebellion’ outside the downtown Tampa headquarters of Tampa Electric Company.

Heidi Ferrara is a mother of two small kids in St. Petersburg.

“Climate change is the biggest threat to [my children’s] safety right now. So that’s why I’m here and that’s what pushed me to join Extinction Rebellion. Because the politicians are not responding to politics as usual. They’re listening to big business. They’re listening to big polluters like TECO. And we’re here to make a big noise to bring that to a stop. We want a climate emergency declared. And we want action on climate change now.”

Where are you and why did you choose this location?

“We are outside of the TECO building in downtown Tampa. We chose this location because TECO is planning an expansion of their fracked gas facility. And we think that is the total wrong direction that we need to be headed in. We need solar energy, wind energy, not fracked gas. It’s not clean. Just because it’s ‘natural’ doesn’t mean it’s good for the environment, doesn’t mean it’s good for humans or other species.” 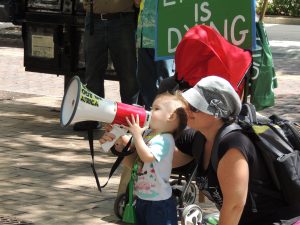 Heidi Ferrara, with her daughter Anastasia, at an Extinction Rebellion action in Tampa. By Seán Kinane / WMNF News (18 April 2019).

When TECO went before the Hillsborough County Commission it said, ‘Look, we’re building all this solar capacity. And one way that we can do that is have a steady stream of energy. And that’s through natural gas.’ So that’s why they’re converting.

“I think that they can go in a different direction with that. I think that in the Sunshine State with solar and with wind we can actually create more energy than what we need. And I think that is an excuse, and we are tired of excuses. We’re done with excuses.”

Who do we have here and why is she here?

“This is my two-year-old daughter, Anastasia, and she is the reason I’m here.”

A security officer said nobody from TECO was available for an interview.

On Friday, Extinction Rebellion plans a die-in outside Tampa City Hall at 10:00 a.m.

On Saturday, they’re planning a social event at Pass-A-Grille beach.

#ExtinctionRebellion demo in #Tampa at TECO. Story at 3:30pm on 88.5 FM & https://t.co/hIQhN3YM5C pic.twitter.com/3XIlvQVXpB