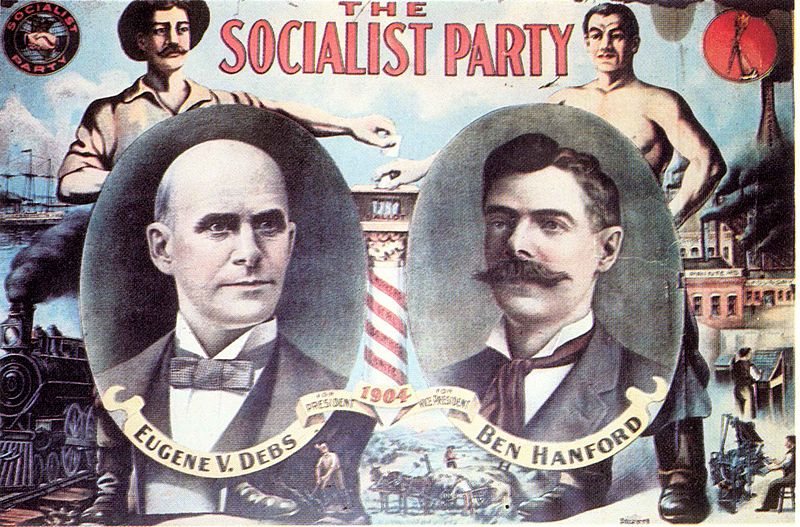 Beginning in 1900, Eugene Debs ran for president five times as the candidate of the Socialist Party of America. And now the Tampa Bay Democratic Socialists of America is bringing a film about Debs to Tampa. WMNF News interviewed Scott Shoup, a member of the Tampa Bay DSA.

“Eugene Debs was a union organizer in the early part of the Twentieth Century and he created the American Socialist Party. He was a five-time presidential candidate. The film was important and I encourage you to see it because it’s going to take you back to a time when working people had a very viable political party that represented their interest.”

How does that differ – and what similarities would you make – between that and today?

“It’s hard to compare eras and it’s really not fair to do it. But at the time of Debs, unions were just – we were still in the midst of the Gilded Age and there was a tremendous amount of wealth inequality. And workers and labor laws, well, there really weren’t any. And America was becoming a fast-growing industrial power. And workers were gaining a voice. And they were led by Eugene Debs. Now, we fast-forward to where we’re at today. It’s similar in a sense that there’s so much wealth at the top, and that workers and union representation itself is at, probably, its lowest level since maybe the New Deal. And also workers have no, really – the whole social contract is being re-written as we speak – and workers really have no rights or representation today in the workforce. So, I think this movie’s very, very important. And frankly glad to see a local chapter of the Democratic Socialists [of America] emerge and be so popular because they’re doing some really good work bringing this attention to the fore.”

Finally, independent Senator Bernie Sanders, who ran for president in 2016 – was he inspired by Eugene Debs?

“Yes, he was. In fact, apparently Bernie Sanders in the ‘70s had done some acting where he portrayed Eugene Debs. Certainly, he was inspired by Eugene Debs.”

The film about Eugene Debs, “American Socialist,” will be screened Monday, August 20, beginning at 7:00 p.m. at the Shimberg Playhouse at the Straz Center for the Performing Arts in Tampa.