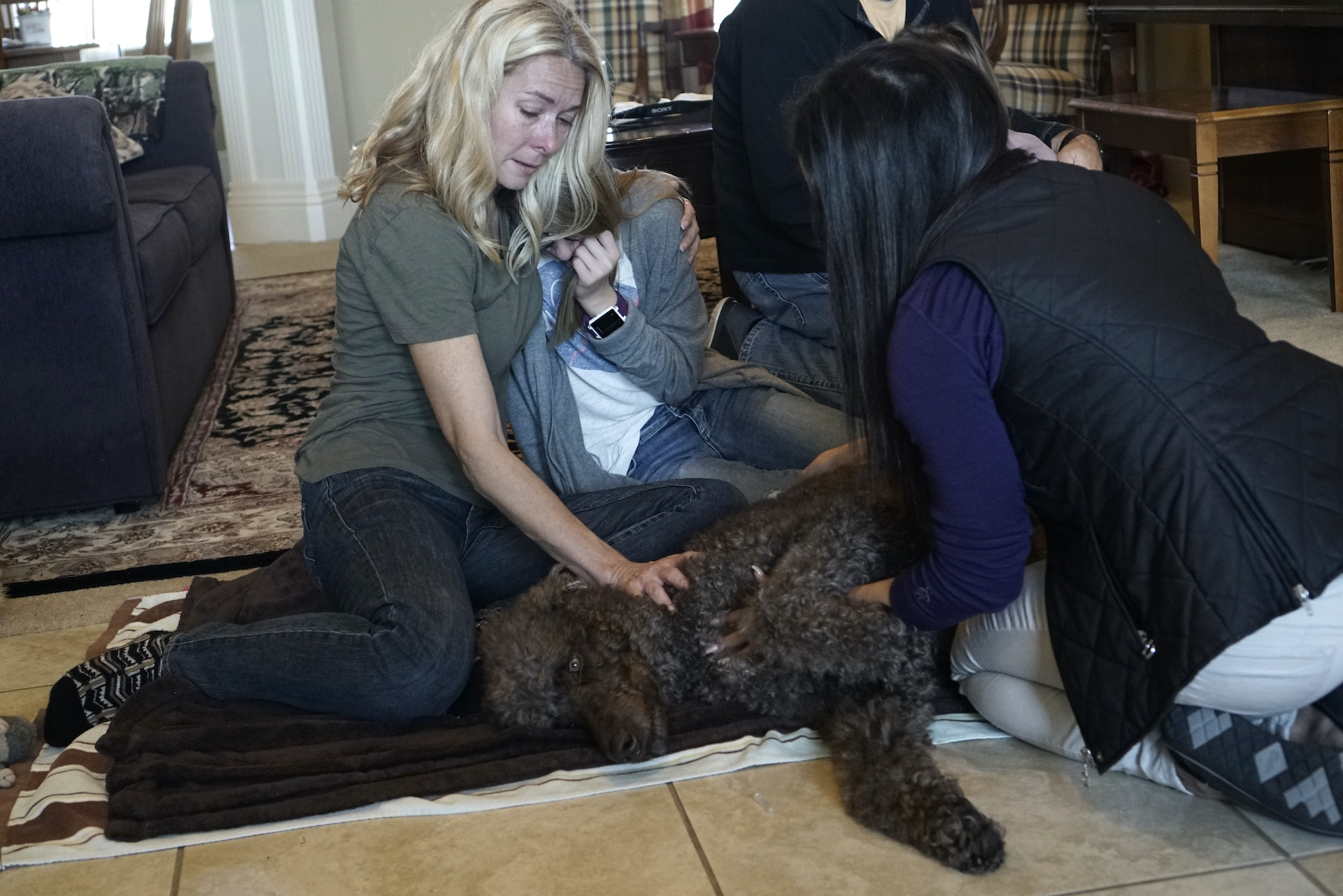 Dr. Dani McVety-Leinen and Ross Taylor—founder of Lap of Love Veterinary Hospice, and one of two filmmakers who created the documentary “The Hardest Day,” respectively—discuss in a “Talking Animals” interview how the film was conceived, an outgrowth of an acclaimed photo project Taylor (an accomplished, Pulitzer-nominated photojournalist) produced, capturing families saying goodbye to their seriously-ill pets, as Lap of Love veterinarians help those animals “transition.”

Prior to that portion of the Prior to that portion of the interview, McVety-Leinen (aka Dr. Dani) outlines the history of Lap of Love, including the impetus for launching the company. She addresses Lap of Love’s growth—it began, in Tampa, in late 2009, and it’s now a national operation, with 500 employees—and points to an early juncture, when the company consisted of just her and co-founder, Dr. Mary Gardner, and she met with Dr. Jennifer Hawthorne, hoping to persuade Hawthorne to join them.

Hawthorne said “yes,” and Dr. Dani views this as a momentous occasion, convincing her Lap of Love was destined for success. An assistant professor at the University of Colorado, Boulder, Taylor recounts how things evolved from heralded photojournalism piece to documentary film, proposing the idea to Dr. Dani, and re-connecting with filmmaker Luke Rafferty, a former photography student.

Once they all decided to proceed with the movie, given the delicacy and intimacy of these farewell scenes—more visceral being filmed than photographed–they established some ground rules. Chief among them, Taylor recalls, was that the families invited to be filmed were, of course, given the choice to decline, and those who agreed to participate retained the ability to opt out at any point in the process. (Dr. Dani notes that Lap of Love waived its fees and related expenses for the families who were filmed.)

I observe that watching the several Lap of Love veterinarians helping these families, and their animals, as “The Hardest Day” unspools, there’s a real uniformity in approach—suggesting a fundamental company protocol, while leaving plenty of room for each doctor to project their own style onto these emotionally-fragile encounters. Dr. Dani explains the required elements of the protocol, and the rationale for those elements, while saluting the docs’ individual personalities, as presented in the film. We talk about still other topics, very much including their decision to make “The Hardest Day” available for free streaming for a nine-day window, through Jan. 28. Register here https://bit.ly/HardestDayLOV to watch the film for free.